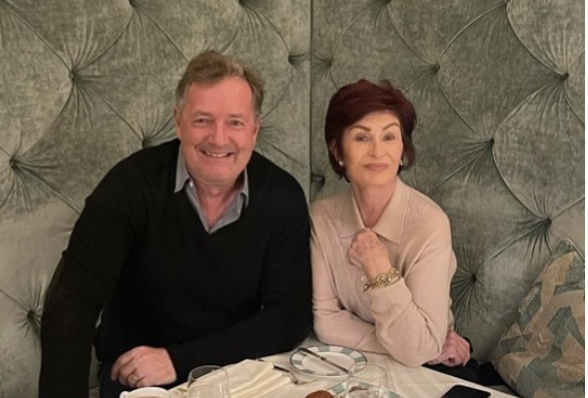 Sharon Osbourne has slammed ‘The Talk’ by stating that she would not make a return to the show.

Sharon had been fired from the show in 2021 on the basis that she had decided to defend Piers Morgan’s verbal attack against Meghan Markle. Not only that, she was also alleged to have made racist remarks towards members of the panel.

So when she was asked about whether she should get her job back in light of Whoopi Goldberg’s Holocaust saga, in which she was only suspended from ‘The View’ for two weeks, Sharon let everyone know that her time was over for good.

It is entirely understandable that Sharon would feel this way, given that she felt she was hard done by during the ordeal.

Her primary bone of contention was the fact that she believed she was being targeted unfairly simply by being associated with Piers Morgan.

As such, just because he had a particular opinion towards Meghan Markle, it did not mean that she necessarily endorsed it.  After all, she could back his right to express his views without necessarily agreeing with them.

“A journalist friend of mine who wrote something that people didn’t like and then a few crazies out there, some thugs go, “You must be racist, that’s why you’re saying it. It’s like, come on.”

Sharon has clearly moved on from the show, and it is best that things stay that way given how it all played out. She has made it clear that she does not want to return, and despite the calls from the fans, it is not going to sway her decision.

And that should be respected going forward. So there you have it folks. If you liked reading this article, then check out our other features on the Daily Soap Dish.