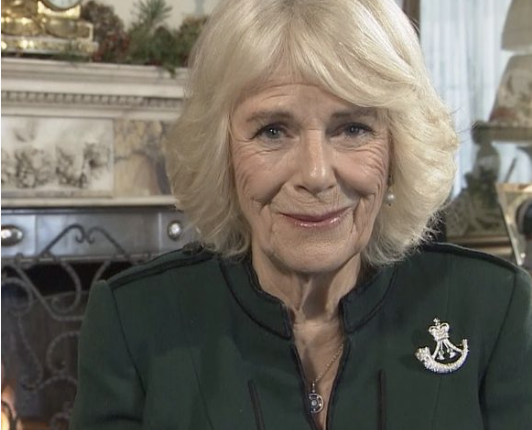 Duchess Camilla was reportedly very wary of Meghan Markle when she made the decision to marry Prince Harry and enter the Royal family.

That is according to Royal author Tom Bower. Meghan’s cause had not been helped by members within her own family.

Her brother, Thomas Markle Jr, had infamously written a letter to Harry and warned him about the dangers that he would potentially face, if he decided to marry his sister.

Not only that, but Meghan’s relationship with her father, Thomas Markle, has not exactly been a peaceful one. And all this made Camilla become very suspicious about Meghan.

In an interview with The Sun, Tom said: “From the outset, Camilla was suspicious about the adventuress from Los Angeles.

“She found it hard to believe that Meghan would sacrifice her career and independence to serve silently as a team player devoted to the monarchy.”

Nevertheless, Camilla did not get in the way of the pair getting married. Instead, she had apparently decided to lend her support to her husband, Prince Charles to make sure that he was fine and able to cope with what his son was going to do.

After all, the last thing that Camilla could realistically do was get involved, especially since she had been involved in a controversial affair while Charles was still married to Princess Diana.

Thomas added: “But, as in all her conduct, Camilla remained tight-lipped.” And yet, behind closed doors, it seems that Camilla’s true intentions came to the fore. So much so that it is claimed the Duchess had decided to coin a derogatory name for Meghan.

This is something that has been seen in the Royal family, as demonstrated by claims that Kate Middleton was referred to as ‘Waity Katy’ in light of waiting for Prince William to propose to her.

Thomas continued: “Camilla is the sort who would refer to Meghan as ‘that minx’ – the self-seeking troublemaker whose antics will always end in tears.”

It is safe to say that Meghan and Duchess Camilla do not have the best relationship. And that is not going to be changing anytime soon.