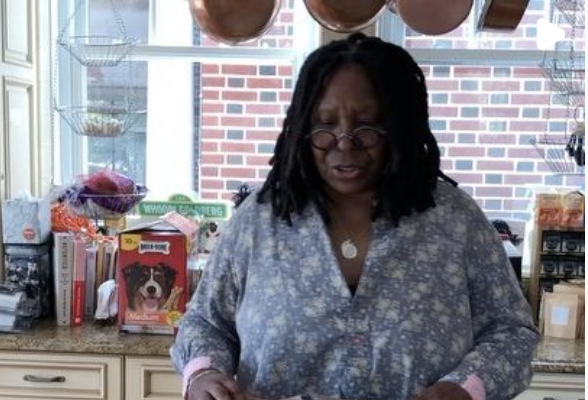 Sources indicate that Barbara Walters has been left disappointed in the aftermath of the controversy surrounding Whoopi Goldberg’s comments on the Holocaust.

Whoopi, for her part, has been suspended from ‘The View’ after she received a significant amount of backlash when she claimed that Adolf Hitler’s motivation for the Holocaust was not due to race but because of his evil intention.

Naturally, that did not sit well with a significant proportion of people especially since  6 million people had died.

And given that Barbara was instrumental in helping to shape up the panel of the show, it is not surprising to hear that she has been left dejected at what has been happening.

A source said: “It’s like watching a family member spiral downward…Whoopi is the alpha. She’s the moderator and a pop culture icon. This is not what Barbara Walters wanted and there was nobody there to push back.”

This is the second time that a significant member from the show has come under heavy scrutiny, after Sharon Osbourne had been fired last year on the grounds that she had made racist remarks.

Much in the same way, there is a feeling that Whoopi should be subjected to the same punishment, as otherwise there would be an inherent double standard.

After all, it could be argued that Whoopi’s comments were just as bad, if not worse, compared to what Sharon was being accused of.

The source added: “There is no accountability [anymore]…Words matter and when you are on live TV, this is why you have to think before you speak.”

As of now, the suspension has given Whoopi as well as the TV show an opportunity to figure out exactly how they want to respond.

They can either dismiss her outright, or give Whoopi an opportunity to become educated on such matters in the event that something like this does not happen again.

It is going to be a fine line to tread, as any action taken is bound to receive criticism from either side. We will have to see how this will all play out going forward.