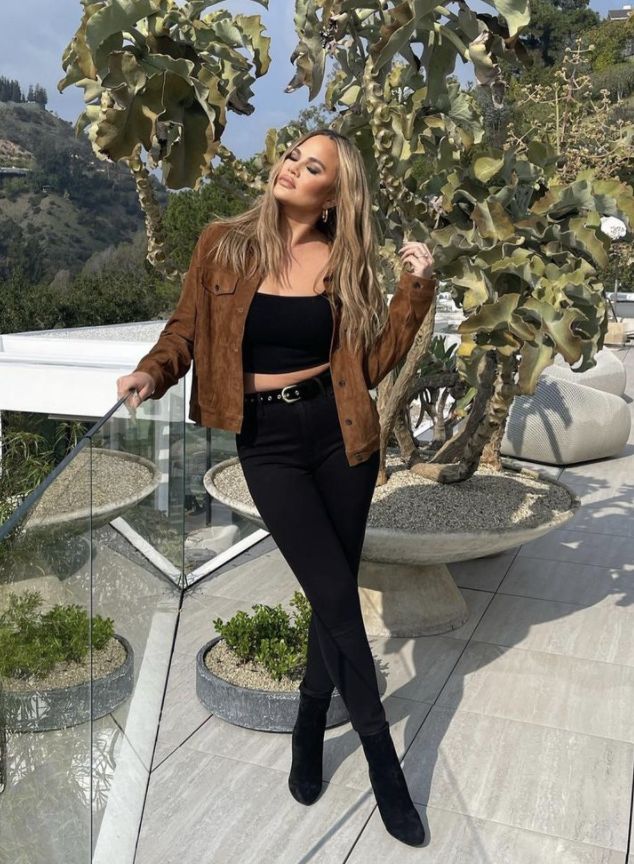 Chrissy Teigen has ticked off a positive milestone in her life, as she celebrated being 6-months sober.

Chrissy, for her part, had not been the most popular person on the internet in the aftermath of her cyber bullying scandal.

She had been heavily criticised after Courtney Stodden had disclosed that she had received messages from Chrissy on social media suggesting that she should ‘kill’ herself.

In the aftermath of that, the model lost a series of brand deals. While alcohol had been a coping mechanism for her, the very fact of the matter is that she realised something had to change. And now she could not be any happier with the results.

In a post to her fans on Instagram, Chrissy said: “6 months no alcohol! Honestly kind of sucks saying it because even though I don’t ever crave it now, time has not exactly flown by haha.

“I prob won’t be excited til a larger milestone like at leasssst 5 years, and sometimes I don’t even know if I necessarily won’t ever drink again?”

Although it has not been an easy journey, Chrissy has not been complaining because she has noticed the immediate benefits of giving up alcohol. She admitted that she has been feeling more energetic and a lot happier about her body.

In this way, she has been in control for the first time in a while given that she understands exactly how her behaviour is coming across, knowing that she is not intoxicated.

That is why she will be able to avoid any additional controversy or at the very least minimise it because of her sobriety. And that has gotten her feeling excited.

She added: “I look forward to having my full body reset after 1 year, then reevaluating to see my new hopes and wishes for the future! Let’s goooo.”

For the first time in a while, Chrissy has managed to generate some positive headlines. And if she wants to change the media perception about her, then stories like this are only going to help her cause. It is great to see Chrissy in a much better place.