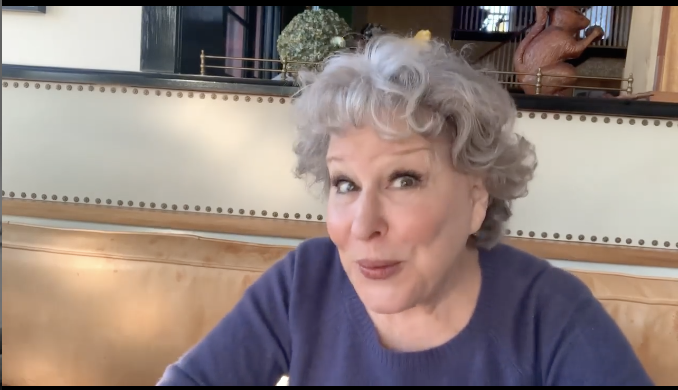 Bette Midler has taken back her comments that she had made on Twitter after she decided to slam Democratic Senator Joe Manchin.

The primary reason why the TV personality decided to slam Joe was because of his opposition towards the ‘Build Back Better Act.’

This act was part of United States President Joe Biden’s social spending plan that would have extended financial help across the country. And given that Joe had reservations about the act, Bette was not best pleased when he opposed it.

In a post to her fans on Twitter, she had said at the time: “What #JoeManchin, who represents a population smaller than Brooklyn, has done to the rest of America, who wants to move forward, not backward, like his state, is horrible.

“He sold us out. He wants us all to be just like his state, West Virginia. Poor, illiterate and strung out.” Those comments did not go down well on social media.

Regardless of what you think about Joe’s position, Bette’s comments were deemed out of order because they were very personal. As such, rather than focusing on policy decisions, she decided to make unfounded attacks.

In addition, many citizens from Virginia took this very personally as it suggested that she looked down upon the state.

One person on Twitter wrote: “You suck as a person,” while another person stated: “This is just a simple reminder of how the elite feel about normal Americans.”

Given the backlash that she was receiving, Bette decided to hold her hands up and apologise for the comments she had made. In doing so, she recognised her words were out of hand.

In another post on Twitter, she remarked: “I apologize to the good people of WVA for my last outburst.” What this story has shown is that personal opinions about politics should be discussed privately away from social media.

Unless someone has anything constructive to say, including a possible solution, any expressions of disgust are not going to do any favours towards the political discourse. And that is something that Bette should clearly be keeping in her mind going forward.