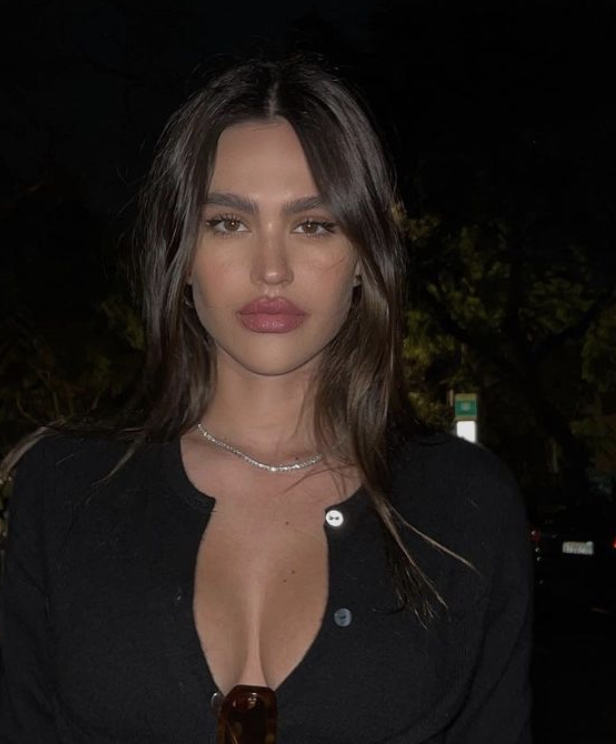 Amelia Gray Hamlin has called out her mother Lisa Rinna after the latter had decided to post her daughter’s Christmas festivities on TikTok to the whole world.

Given that Christmas is one of the few times of the year where everybody is able to spend time with their loved ones, Lisa could be forgiven for getting over exuberant.

And yet, sometimes, it is best to keep things behind closed doors especially when there is increasing media intrusion by virtue of being a celebrity. But that did not stop Lisa from overstepping the mark.

In the video here, which has now been taken down, Lisa captured her two daughters Amelia and Delilah Belle Hamlin wearing Santa Claus hats.

They were standing in front of a Christmas tree, as they danced to “Da Ya Think I’m Sexy?” Naturally, when Amelia found out that this had been shared, she was not best pleased.

In response, she said: “No way you posted this. Plz no. Like we said we’d do it for you not for the internet thank y.” This begs the question, did Lisa regret what she had done?

Well, as could be expected, she stood by her decision. After all, once it had been done, it could not be taken back. In reply, Lisa stated: “Of course I did. Duh.”

But looking back, it was understandable why Lisa had decided to do this. It is not very often that you get to see your family, which is why she wanted to make this Christmas one to remember.

This was especially true in light of the pandemic which has disrupted the lives of many people around the world including her own family and Amelia whose work as a model has had to cope with the travel restrictions that have been in place.

In a prior post on social media, Lisa remarked: “Happy Holidays from mine to you & yours…Our families met for the first time over Christmas and it meant a lot.”

With no long-term damage being done, it is safe to say that Amelia will forgive her mother with time. And who knows, next Christmas maybe she can get her own back.