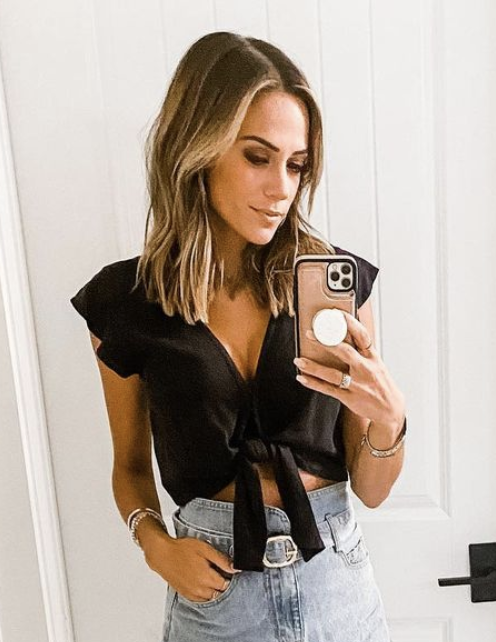 Jana Kramer has insisted that she is focusing on herself following the criticism that has emerged with her dating Jay Cutler.

Jay, for his part, is the ex-husband of Jana’s former friend Kristin Cavallari. Given that the latter was helpful in Jana getting over her divorce from Mike Caussin, the fact that Jana dated her ex destroyed their friendship.

And yet, Jana is not looking to focus on such things. Instead, she is doing what makes her happy. In an interview with Us Weekly, she said: “The relationship with myself is the one that I’m the most focused on right now because I think that’s just the one that I have to heal the most.

“I think for me, it’s now just [about] doing the work and trying to get better.” This begs the question, how serious are things with Jay? Well, Jana chose to keep her cards close to her chest.

Despite being spotted with Jay on numerous occasions, including at a theatre and a bar, she insisted that there was nothing romantic going on between them.

And as for her relationship with Kristin, she refused to be drawn into any negativity. She added: “I have respect for everyone.” Regardless of what Jana says, Kristin has been left feeling hurt by it all.

In response, she has cut all ties with Jana in order to focus on her own life. By doing so, Kristin is hoping that she can have a good co-parenting relationship with Jay without the need to involve another woman into her children’s lives.

That has not gotten Jana worried, though. She continued: “Those [negative voices] aren’t the voices that you should be listening to because there is someone out there that will cherish every part of you that will give you what you need and not to settle for anything less.”

Let us hope that Jana can find the happiness that she is looking for. And if that is in the form of Jay, then we wish her the best of luck with that.

As for Kristin, she is no longer with Jay, and therefore she will have to contend with whoever he decides to move on with. If you liked reading this article, then check out our other features on the Daily Soap Dish.