’90 Day Fiancé’ Spoilers tell us that, on a preview of tonight’s 90 day fiancé the other way, it looks like Corey’s old flame, Jenny, has met up with him to discuss things. Jenny said in her confessional that at first Corey lied to her and told her that he was single, but all that time he was really married to Evelin.

A lot of fans are saying that they seem to care about each other more than Corey and Evelin do, and it’s clear from the look in Jenny’s eyes that if Corey said the word she’d be there for him. 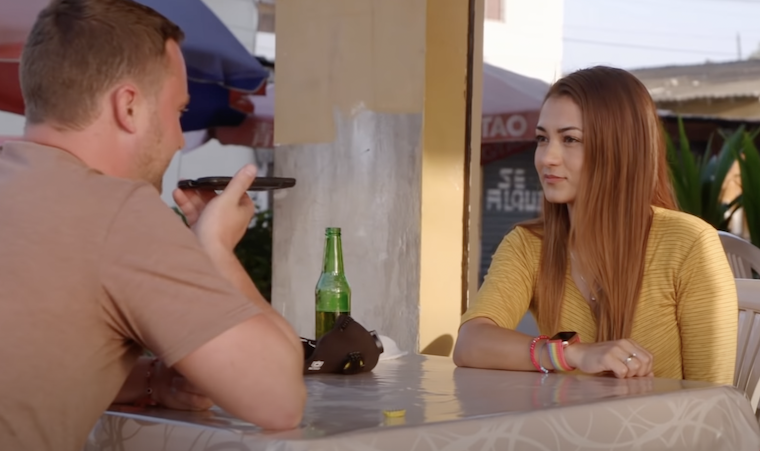 Corey also seems to hold a bit more.. shall we say… respect… for Jenny than he does for Evelin. He seems to treat her a bit better, but perhaps that’s because she seems to be a genuinely nice person.

She did say that she would never willingly participate in infidelity or want it done to her, so there’s that. There is also a chance that these two just seem so good together because Jenny just hasn’t actually seen his bad side yet.

Jenny did say in her confessional that the relationship between them only lasted for 2 and a half months, and when she found out that he was married, she sent him home to fix his issues with his wife. This conversation seemed to revolve around that, and she also asked if Evelin knew about her. Corey confessed that she didn’t know everything about their relationship.

So now it looks like this is the moment of truth, will Corey use this as a golden moment and possibly go home and come clean to Evelin and vow never to hurt her again? Or will he continue with business as usual and not say anything and put his relationship in jeopardy? We’ll have to see tomorrow night. Stay tuned!!!