‘The Bold and the Beautiful (B&B)’ spoilers find that Quinn Forrester (Rena Sofer) has found a ‘soft spot’ to land now that Eric Forrester (John McCook) has invited her back into his life and home. Okay, we’re done with the ‘soft’ puns.

It was hinted at and teased that Eric had bigger problems than trusting his wife after her role in the Ridge Forrester (Thorsten Kaye) marrying Shauna Fulton (Denise Richards) fiasco. Eric’s ‘disinterest’ in Quinn as she paraded about in her lingerie is what led to Quinn to straying with Carter Walton (Lawrence Saint-Victor ) in the first place.

‘The Bold and the Beautiful’ Spoilers: Eric Forrester (John McCook) and Quinn Forrester (Rena Sofer) Share a ‘Soft Opening’ to their Relationship Reconciliation

In fact, the entire last couple of months of Quinn and Eric’s relationship woes, but more importantly, Brooke Logan’s (Katherine Kelly Lang) sanctimonious speeches could have been avoided if Eric had just been able to admit it…

Of course, it wasn’t avoided, and now hot-blooded Quinn will be at a crossroads. Will she stay with Eric and help him through his ED as she promised him during an emotional scene that both McCook and Sofer crushed, or will the temptation of hard…bodied Carter become too much, yet again?

Hey, we never promised no puns the other way.

Quinn is a sexual woman, that has never been a secret, but the fact that Carter and Quinn exchanged “I love yous” before Carter threw himself on the sword and returned Quinn’s portrait, and in essence, Quinn herself to his longtime friend, Eric, it looks like things aren’t quite over between Quarter just yet.

While audiences are split over who they want to see Quinn with more, one thing that is universal is the cheer that rose when Quinn put Brooke and Ridge in their place, asking (rhetorically) if either of them had ever strayed in their “seamless” marriage.

#BoldandBeautiful
Quinn to Bridge: so neither of you has every strayed? I don't think you wanna go there pic.twitter.com/uJ3LTacRpc

Who do you think Quinn sparks with more? Are you team Queric or team Quarter? Sound off in the comments section below and watch The Bold and the Beautiful, weekdays on CBS! 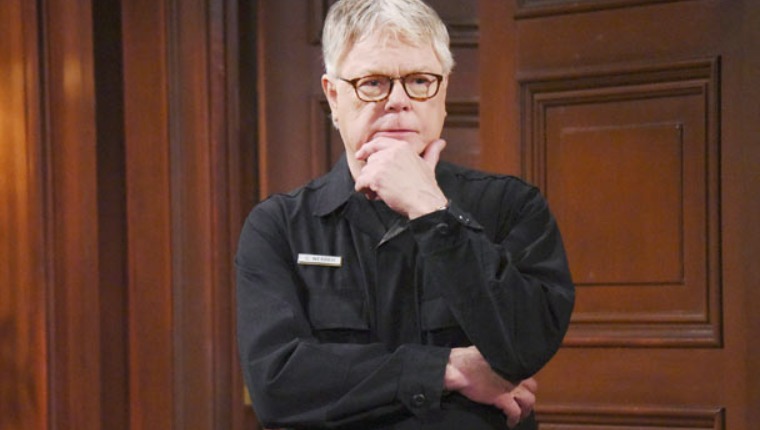