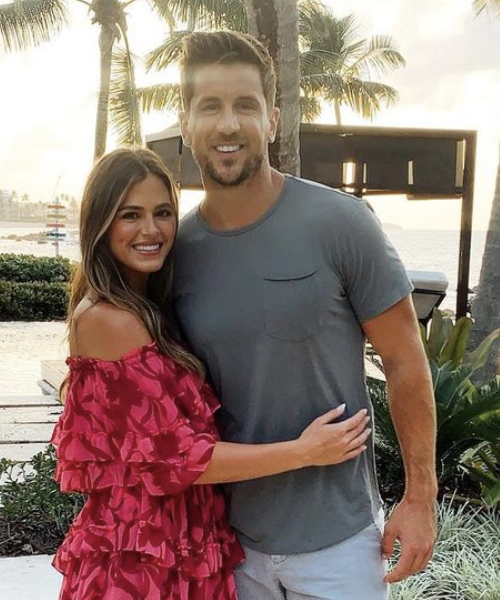 Jordan Rodgers is happily engaged to JoJo Fletcher, and it seems he was pulling out all the stops in order to win her over.

Jordan, for his part, took part in season 12 of The Bachelorette. It was clear from the outset that he had his eyes firmly on JoJo. But trying to walk away with her was not going to be easy. After all, the competition was tough.

In response, he decided to come up with a novel way to get her attention. It turns out that Jordan was trying to give love letters to JoJo off camera.

When the producers caught wind of what he was doing, rather than putting a stop to it all, they helped Jordyn out by letting him spend more time with JoJo. In a post to his fans on Instagram, Jordan shared a picture of the love letters.

The post was captioned by the following comments: “One of the main producers…confiscated them [letters] and asked me to give them to her ON camera. So I said I would…If…I could see her at the hotel later, off-camera.[And the producer]…actually followed through.” So how did the meeting go down? Well, rather well, and not just given what we know now.

It seems that had Jordyn not managed to spend that extra time with JoJo, he might not have proposed to her. A lot of credit must be given to the producers, who are often criticised for dramatising scenes at the expense of romance, with a favour for entertainment.

He added: “The producers took me to surprise her! We got to hang out OFF camera…I realised what we had was REAL REAL. No cameras. Felt natural and right. And the rest is history.”

As for the content of the letters, Jordan has vowed to read them at the most appropriate time once again. And by the looks of it, that will be near their wedding day.

His following comments confirmed as much: “[We will] save them for the week of our wedding to reminisce about how far we’ve come.” Fans will no doubt be excited to see them walking down the aisle.