Skip to content
Home > TV > The Bachelorette > ‘The Bachelorette’: Tayshia Adams Hits Back At Hater Who Hinted That Zac Clark Was Not Her First Choice 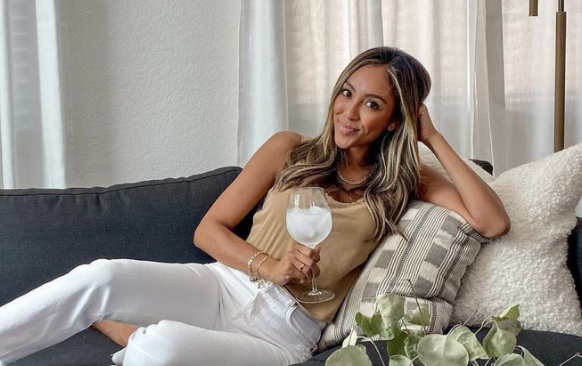 Tayshia Adams has hit back at a social media user who hinted that her fiancé Zac Clark was not her ideal choice for a partner.

‘The Bachelorette’: Tayshia Adams Hits Back At Hater Who Hinted That Zac Clark Was Not Her First Choice

Tayshia and Zac have had to continuously answer questions over the durability of their relationship. This has been primarily due to Zac’s previous substance abuse issues, which have threatened to break up the relationship. While he has clearly put those demons behind him, it has not stopped the haters.

And so it showed in the following comments. In a post to her fans on Instagram, Tayshia said: “Never settle.” In response, a fan had suggested whether this was referring to Zac, and Tayshia was not impressed. She replied: “Chill.” Whilst Tayshia may be suffering at the hands of social media, Zac is not letting it get to him.

This has been shown by Zac’s response to the criticism that Tayshia has been getting as a host of the show. There were a subset of fans who were dissatisfied at the departure of Chris Harrison and demanded that fans boycott the show until he returned. Given that Chris left the show permanently, Tayshia had a tough time winning them over.

This was seen through the drop in ratings compared to when Chris was the host. Nevertheless, Zac praised Tayshia for her contribution. In a post to his fans on Instagram, Zac revealed: “Awesome job this season @tayshia. The @BacheloretteABC is better because of you.”

Despite their strong relationship, there are always going to be some critics. After all, Tayshia is all too aware of the toxic nature of social media. This was recently seen when she was spotted without her ring. Fans immediately thought she had split up from Zac and bombarded her with messages when it simply turned out that she was getting her ring adjusted.

However, she has learnt to live with that. She stated: “It’s so funny because people do have lives outside of social media.” Regardless of what we think about Tayshia’s relationship, as long as she is happy, then who are we to say otherwise. And we wish her the best with things going forward.