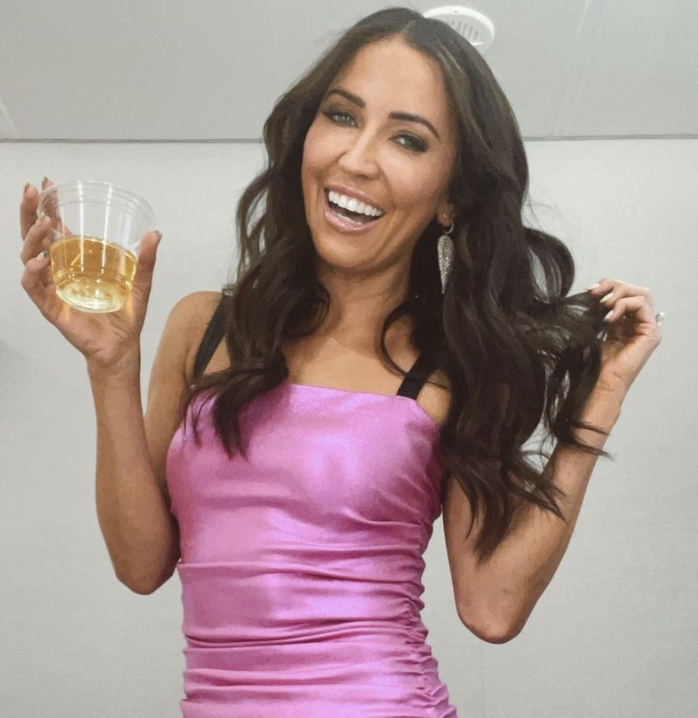 Now that the season finale of The Bachelorette is over, Kaitlyn Bristowe has had a chance to share her thoughts over hosting it with her fans.

‘The Bachelorette’: Kaitlyn Bristowe Thanks Fans Following The Season’s Conclusion

The season ended dramatically as Katie Thurston walked away with Blake Moynes, who became the first person ever to win the show after not being there from the start. Kaitlyn was also at the heart of the show when she was comforting Katie in the bathroom following Greg Grippo’s dramatic exit, and were it not for Kaitlyn’s intervention, Katie would have been on the first flight home.

But given that everything had turned out fine in the end, she made sure that she thanked the fans for their support. In a post to her fans on Instagram, Kaitlyn shared a picture of herself with a beverage in her hand. She is dressed in all pink and has a huge smile on her face.

The post was captioned with the following comments: “I just want to say thank you for opening up your hearts and homes to me and Tayshia every Monday night. I know change isn’t easy for people, and I know we could never, nor do we ever want to, replace anyone.”

It has not been an easy journey for Kaitlyn. She was thrust into the job following the sudden departure of Chris Harrison. Although anyone would have had a hard time filling in for Chris, it still did not make things easier when people were directing their negativity on social media. After all, there were even calls from some fans to boycott the show unless Chris returned.

But through it all, Kaitlyn came out the other side, and it showed, as she has signed on to do the next season of the show. She added: “Sometimes reading comments can really hurt, and sometimes they warm my heart. At the end of the day, I’m just honoured to be a part of this…Thank you, bachelor nation, for giving us a chance.” Kaitlyn has done a wonderful job on the show and has laid down a real claim to make that position her own. Let us hope that she can continue to deliver going forward.