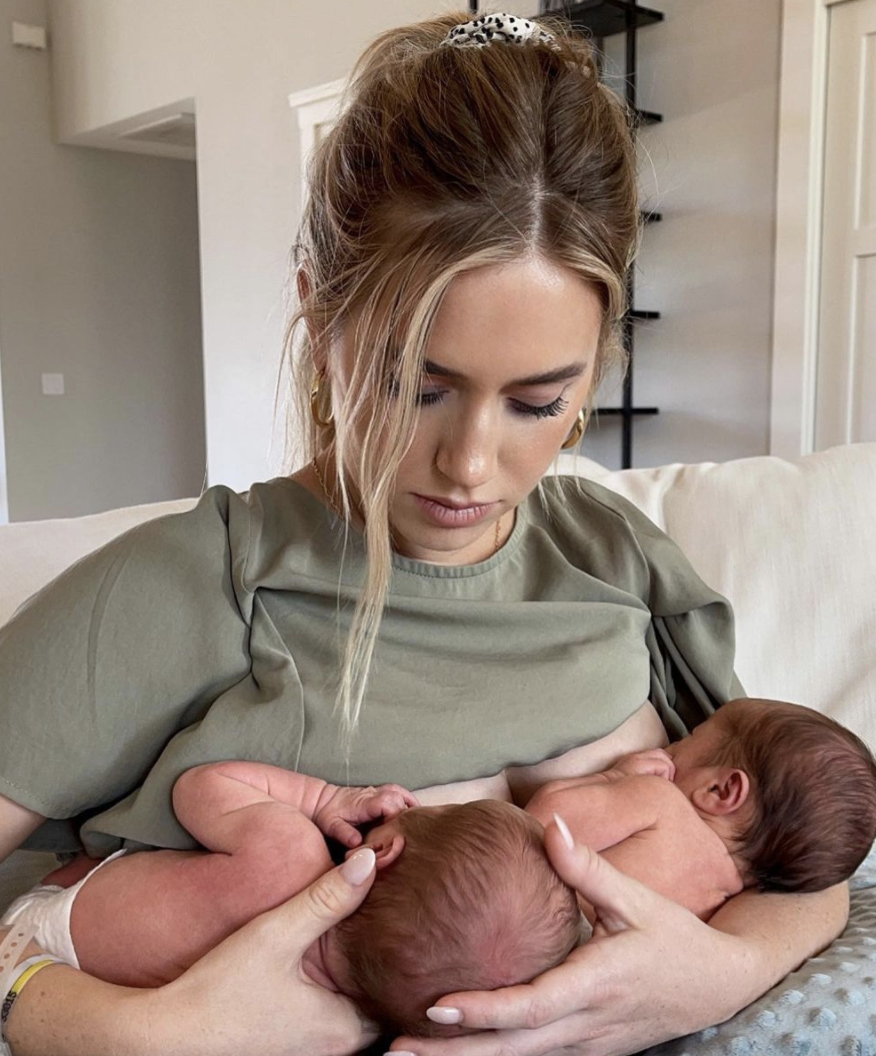 Lauren Burnham has expressed her thoughts on exactly what it has been like to breastfeed her twins.

The former star of The Bachelor recently welcomed the arrival of her babies Senna and Lux, who are barely a month old. While she has not hidden her happiness, the practical realities of breastfeeding have hit home. And Lauren admitted just how tough it could be when you are juggling a career too.

In a post to her fans on Instagram, Lauren shared a picture of her twins having some breast milk. The post was captioned with the following comments: “World breastfeeding week. A celebration of one of the hardest things I’ve ever done. I’m in awe of all the ladies that make it look so effortless & even the ones who don’t. You are superheroes.”

The experience has been difficult for several reasons. First of all, she is entirely new to it all, and therefore, she has nothing to compare it with which is going to make things a lot harder. Not only that, but it was only last month that Lauren was diagnosed with Mastitis.

This condition leads to the breasts becoming inflamed and can lead to someone suffering from fever or chills. Naturally, given that Lauren has newborn twins, she started to become very worried. And it became even worse, as she ended up being hospitalised by it.

In an Instagram post at the time, her husband (Arie Luyendyk Jr) said: “Not good. Mastitis is getting worse on antibiotics. Hate this for her…IV, antibiotics and scans for any abscess. She’s been through a lot this week.” Nevertheless, she has been a lot better of late which has been firmly down to Arie’s support.

Rather than just giving up and giving their twins formula milk, Lauren continued to persevere with breastfeeding for the benefit of their children. And Arie was thankful to have her feeling better. He added: “Really tough last few days. Lauren is struggling with Mastitis. I was up all weekend with the babies. Surviving over here, haha.” By doing this, Lauren is serving as an example to other mothers who are going through similar struggles.