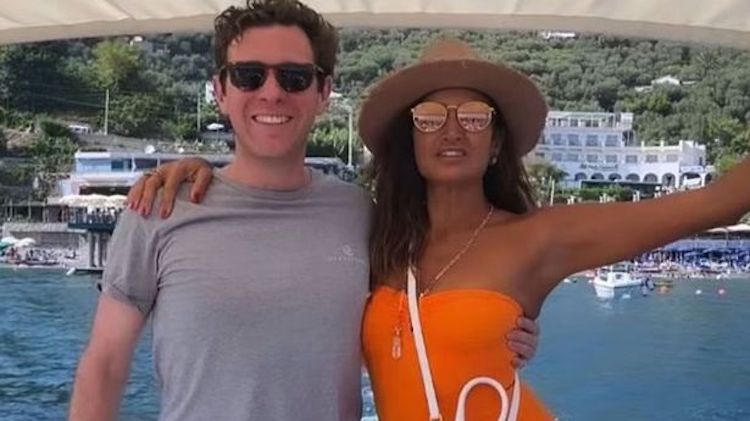 Someone has some explaining to do here! Or at least, that’s what the tabloids are trying to suggest. Princess Eugenie’s husband Jack Brooksbank was spotted on a yacht partying it up with three scantily-clad women. But it’s not exactly what you think. Here’s what you need to know!

Jack was spotted off a yacht in Capri with three attractive women, none of whom were his wife, Princess Eugenie. But the photos are not as scandalous as one would think. That’s because Jack is actually a global brand director for Casamigos tequila, and the trip was most likely work-related.

But of course that hasn’t stopped the tabloid media from speculating about the current state of Eugenie and Jack’s marriage. A lot of the British tabloids had to point out that Princess Eugenie was back at home taking care of the couple’s 5-month-old son August while Jack was living his best life in Capri.

Of course, it didn’t take long at all for the internet to weigh in on the matter. Many of them commented with, “Idk what’s going on but none of those pictures looks the least bit scandalous. No one’s hands are anywhere suggestive, even that picture with his arm around one woman, his hand is high up, not on her waist, butt, or the small of her back and the only one who would think they are too close is Sister Mary Francis chaperoning the 8th grade dance,” along with, “Yeah, not scandalous. It was probably a work-related event. There’s a lot of temptation with that. I don’t think he’s scandalous – yet. Maybe more evidence will come out, but he seems like a stand-up guy.”

Someone also said this: “Really sad that so many women think that this type of behavior is ok. Understand your worth and value. A good husband would NEVER think it’s appropriate to share a yacht with 3 women. He would consider his wife and child first….PERIOD. I’m 100% sure Jack has male co-workers. He could have done a guys outing if he just had to go sunbathing on a boat.”