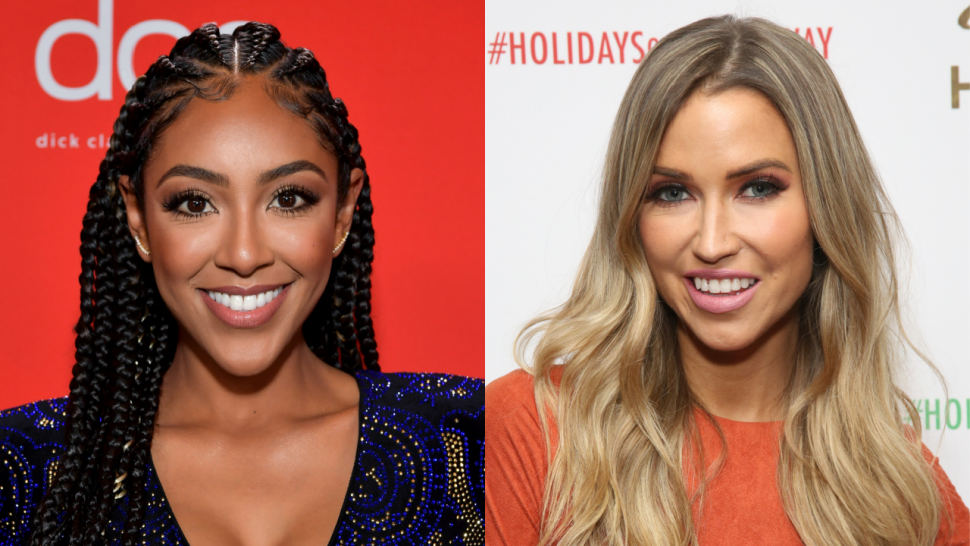 ‘The Bachelorette‘ spoilers find that Katie Thurston’s season 17 is only halfway through, but already producers- and fans- are looking forward to Michelle Young’s season. Especially now that current co-hosts Tayshia and Kaitlyn have been tapped to help Michelle through her journey.

In a first, back-to-back Bachelorette seasons will be happening (with a Bachelor in Paradise season shoved in between) this year.

Being a school-teacher–who actually wants to keep her job and not become a social media influencer after her time on television–Michelle told producers she would only be the Bachelorette is she could film during her school vacation break.

Filming for Michelle’s season is set to begin later this month and professional television spoiler- Reality Steve already has some details to share.

On his twitter Reality Steve wrote, “Kaitlyn and Tayshia will be returning to co-host Michelle’s season of the ‘Bachelorette’ when it begins filming later this month. I’ll have some filming updates, locations, and timelines in my column on Tuesday.”

Locations…as in plural??? Could Michelle be the lucky Bachelorette who gets to date around the world again?

Reality Steve’s tweet was fact checked by Variety reporter, Elizabeth Wagmeister who said that contracts are still being negotiated and nothing has been signed yet, so nothing is confirmed- but still, it seems as though Reality Steve is barking up the right tree!

So far, fans seem to be quite happy with the job Tayshia and Kaitlyn are doing this season after stepping into Chris Harrison’s well-worn shoes.

Playing the ‘girlfriends’ role has been a nice change for the franchise and it does feel slightly more organic, especially as both ladies have also been in Katie’s stilettos (I don’t think literally, but have helmed their own Bachelorette season!)

Word from the set is that the crew and producers are also happy with having Kaitlyn and Tayshia on board.