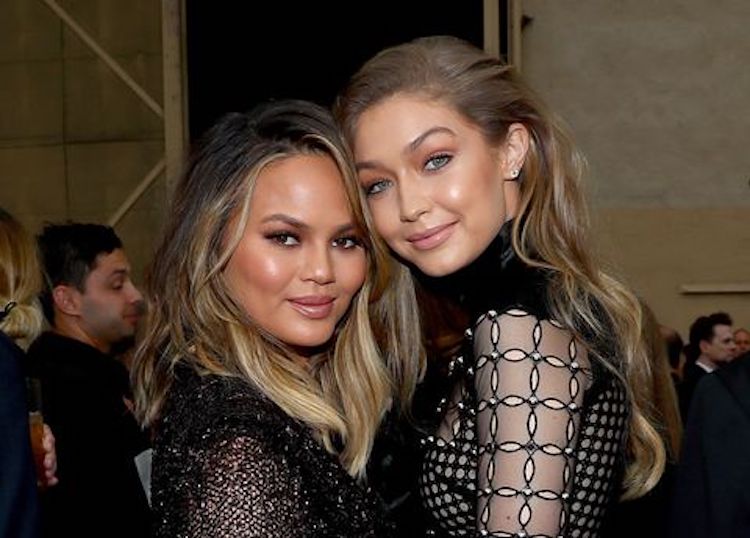 Well, so much for her comeback. It looks like Chrissy Teigen is losing jobs by the day as there’s a new report that says she’s also been axed from “Never Have I Ever” Season 2. In fact, supermodel Gigi Hadid has replaced Teigen as Paxton’s inner voice in the Mindy-Kaling executive produced show that premiered this past week. Here’s what you need to know.

“Never Have I Ever” is about Indian American teenager Devi (Maitreyi Ramakrishnan) as she continues to deal with the everyday pressures of high school and drama at home, while also navigating new romantic relationships.

Gigi isn’t the only high-profiled name to narrate the show. John McEnroe is Devi’s inner voice while Andy Samberg is the character Ben’s (played by Jaren Lewison) voice. Hadid is a perfect match for Paxton (played by Darren Barnet), given the character’s attractiveness.

“When scientists declare your face to be perfectly symmetrical, that’s all everyone thinks you have to offer the world,” Hadid says in the episode. “But, we’ve got brains too, and feelings and — Paxton, dude, put a shirt on! I’m trying to make a point here.”

Showrunner Lang Fisher recently opened up about why picking the right person to narrate what is going on in Paxton’s head was super important.

“Because Paxton’s character is so aloof and he’s kind of mysterious, we wanted to make sure that we know what’s going on with him,” Fisher said.

“He’s another character who outwardly seems perfect and happy and chill, and we wanted to show that he has insecurities and has these dreams that people may not know about. When we were trying to think of who his narrator should be, we wanted it to be someone who maybe has the same struggles, who is someone who maybe people don’t think of as anything but a pretty face. So that was kind of the criteria for this. And then obviously we wanted someone who’d be funny. So that’s sort of where we were focused on.”