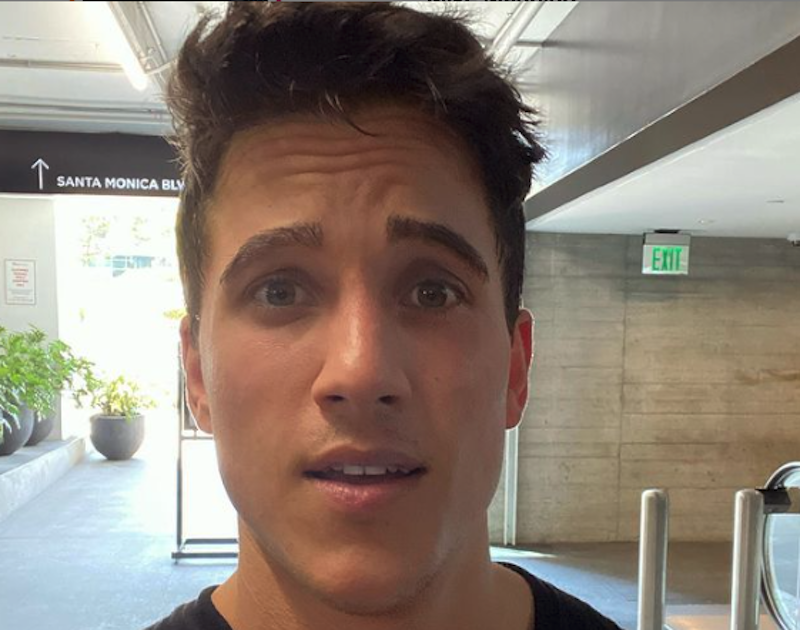 ‘Days of our Lives’ (DOOL) spoilers find that Mike Manning grew on audiences quickly in the role of Charlie Dale, never mind the fact he was a sociopathic rapist.

Recently, more Daytime Emmy awards were announced and Mike  snapped up the Outstanding Performance By a Supporting Actor in a Daytime Fiction Program statue for his role as Caleb on the soapy web series, The Bay.

Then, to completely shock audiences, Mike thanked his husband in the acceptance speech!

Talk about pulling an Aaron Rodgers…what a way to announce you are married!

Sitting down with Soap Opera Digest, Mike explained “I grew up thinking I would never get married and I just sort of accepted that.” However, that all changed when Mike met his husband, who he declined to name.

“He’s not in the business, and he hates attention, and he works in finance, so it’s completely different from what I do but he’s very supportive, so I lucked out.”

Mike also dished about the wedding, saying, “To be able to marry my best friend in front of my family and my friends, and I’m the oldest child so it was the first wedding in my family, was very special and very important.”

Set in the posh seaside town of Bay City, the “privileged residents are entangled in one scandal, betrayal or love affair after the other”.

Though Mike has not shared his wedding, or spouse, with his fans, he did reveals that he was able to incorporate part of his real-life nuptials into his storyline on the web series.

“In season 6 in the finale, we shoot a wedding between my character [Caleb] and Eric Nelsen’s [ex- AJ Chandler, AMC], character Daniel. For that wedding scene, I wore the actual suit that I wore in my wedding.”

Congratulations Mike, on the new marriage and the Emmy!