Skip to content
Home > TV > The Bachelorette > ‘The Bachelorette’: Tayshia Adams And Kaitlyn Bristowe Give Their Take On Katie Thurston’s Performance So Far 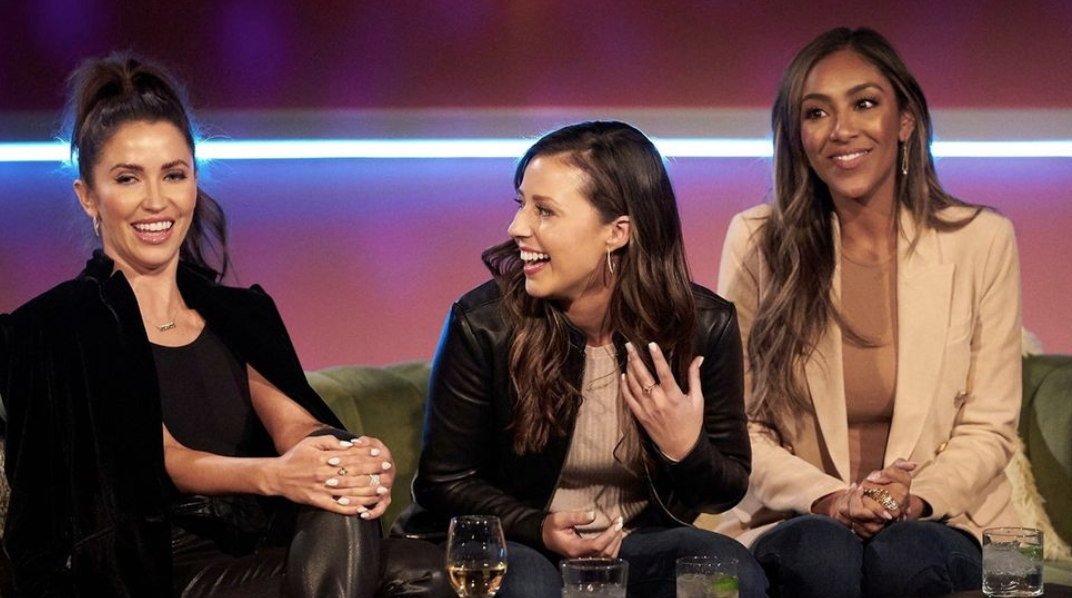 Tayshia Adams and Kaitlyn Bristowe have opened up on how Katie Thurston has been getting on as she navigates her time on The Bachelorette.

‘The Bachelorette’: Tayshia Adams And Kaitlyn Bristowe Give Their Take On Katie Thurston’s Performance So Far

Katie, for her part, has certainly made an impression with the audience by expressing exactly what she wants. And this has not changed as the show continues to progress. Just recently, Katie decided to give Cody Menk his marching orders after it was claimed by another contestant (Aaron Clancy) that Cody simply participated in the show in order to garner some publicity.

During an interview with Us Weekly, Tayshia backed Katie over how she reacted to the situation. She said: “If you don’t feel like, you know, guys are putting their best foot forward, and then the behind-the-scenes things are being said, hit it head-on and deal with it right at the beginning…Do it as soon as you can.”

Who better to understand what Katie is going through than Tayshia and Katie. The duo have been through their own share of relationship failures. The most prominent one being when Tayshia was getting very close to Colton Underwood, and yet given what we know now, he was gay. That is why Kaitlyn backed Katie to take a proactive approach.

Kaitlyn added: “I think that’s what’s nice about Katie is that she did take that advice, and she did address it. And it wasn’t like, ‘Well, let me have a conversation with this person.’ Like, go straight to the source and let’s figure this out.”

And following Katie’s decision to send Cody home, Kaitlyn did not hide her reaction. Unlike a certain subset of fans, who thought that Cody could have stayed longer, Kaitlyn was not having any of it. In fact, she was not shy in expressing her condemnation towards him.

In a post to her fans on Twitter, she said: “Please take Sandy with you.” It will be fascinating to see what this season will throw up. But given what we have seen so far, Katie is going to put it all on the line. While that may end up hurting some people, the fans will certainly get some valuable drama.