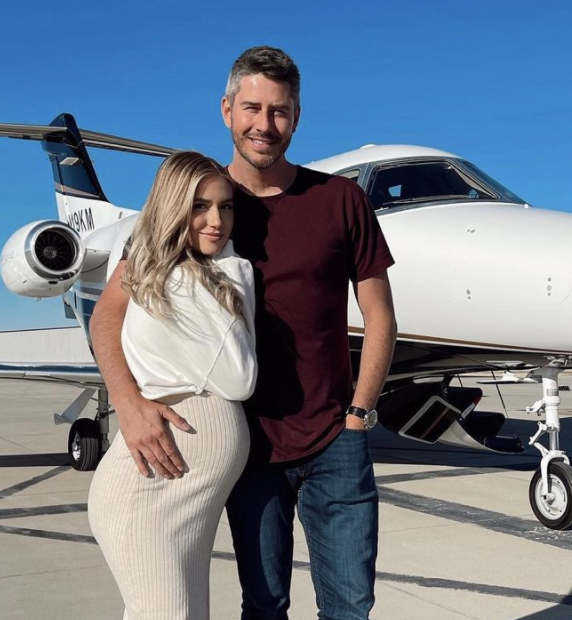 Lauren Burnham and Arie Luyendyk Jr have announced the arrival of their twin boy and girl.

The news brings an end to the ever-increasing wait, and the couple can now focus on cherishing those special moments with their babies. In a post to their fans on Instagram, Arie confirmed that the delivery went ahead without any problems. He said: “@Luyendyktwins are here! Momma and babies are doing great, and everything went smoothly. Spending time cherishing these moments, thank you all for all the support.”

It has been a frustrating pregnancy for the couple, but the announcement puts an end to the speculation over the delivery date. Just prior to the birth, Lauren and Arie had hinted that the latter could be giving birth very soon. So much so that the couple raised the alarm on social media, indicating that things were about to go ahead.

In a prior post on Instagram, Lauren said: “I’ve never been more convinced that we’re going to the hospital tonight. They’re four min[ute]s apart.” And yet, it turned out to be anything but the case. Arie confirmed as much: “Potentially a false alarm. The contractions slowed down a little bit, so Lauren’s on the [exercise] ball trying to get it going.”

The news, though, has also gotten their daughter Alessi excited. After all, she will have not one but two siblings to play with. In the picture here, we can see Alessi lying in her cot next to another cot with a baby doll. She is smiling and happy at the prospect of having another person to hang out with. The post was captioned with the following comments: “She’s just as excited as we are.”

The couple have not released any photos of the new newborn baby nor released the names of the children. This is understandable, given that Lauren was very worried about the whole pregnancy, as there was a prospect that she might have to have an emergency C-section.

But now, the couple can take some time off to recollect their thoughts and share everything once they are ready. It is great to see the couple being so happy, and long may that continue.