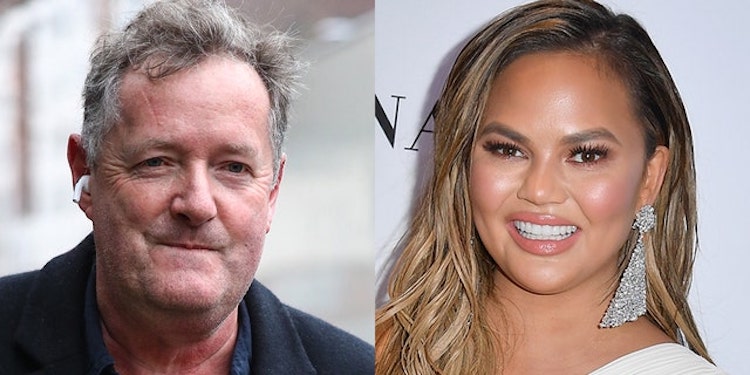 It’s hard not to agree with him on this one. Piers Morgan says that Chrissy Teigen’s crocodile tears are not going to work this time around as he believes that she does not deserve a second chance after she wrote a lengthy apology for her cyberbullying behavior.

Chrissy’s downfall began when Courtney Stodden claimed that the model sent her a series of DM’s on Twitter and told her to kill herself. If that weren’t enough, Chrissy is also being accused of bullying Farrah Abraham, Lindsay Lohan, Michael Costello and more.

In his column for the Mail on Sunday, Piers – who has had his own fair share of spats with the ‘Cravings’ author, says that the mother-of-two does not deserve any forgiveness for her past tweets.

“She wants a second chance, to prove she’s changed. But why does she deserve that?” Piers asked in his column. “She never apologized for any of her hateful tweets until they were unearthed, and she never showed an ounce of compassion or forgiveness to any of her myriad victims that she so relentlessly hounded and tried to ruin.”

Piers also went on to say that Chrissy should spare anyone her crocodile tears and pointed out that she was someone who always fueled cancel culture, yet now she’s being canceled herself.

“You’re getting canceled yourself because it turned out you’re worse than any of the people you trolled,” he added.

While Chrissy did offer a public apology on Twitter to everyone that she has bullied in the past, she still has Courtney blocked. If that weren’t enough, she also sent hate messages to Farrah Abraham and suggested Lindsay Lohan should slit her wrists.

She also fat shamed Mariah Carey while she was pregnant. Fashion designer Michael Costello also said that Chrissy bullied him to the point where he wanted to kill himself.