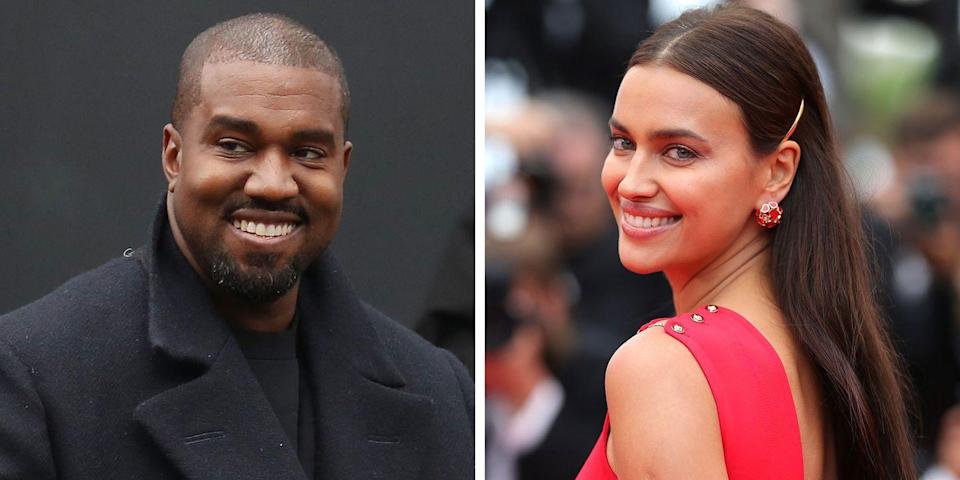 Apparently, Irina Shayk has been on Kanye West’s mind for several months now. In fact, there’s a new report that says the rapper pursued the Russian-born supermodel since last Spring. While the two of them have not made any comments about their relationship, they have been spotted on numerous occasions in the last two weeks. Here’s what you need to know.

According to Page Six, Kanye pursued the supermodel earlier this year and months before they were photographed together. “Kanye and Irina met up in the beginning of spring and had been in touch since, but they did not start regularly ‘seeing each other’ until a few weeks ago,” the source says. “He pursued her.”

Just last week Kanye and Irina were spotted vacationing together in France while some sources close to the situation say they’ve been quietly dating for several weeks now.

“Kanye and Irina are seeing each other. It’s casual at the moment, but they are into each other,” an insider told us on Wednesday. “It’s been going on for a few weeks now.”

This comes after another source says that Irina and Kanye might not make it simply because the model is “too smart” for the rapper. Insiders say that while Kanye has been trying to court Irina for a long time now, they are just friends. However, a third source claims that they are definitely dating, which has a lot of fans certainly confused.

With that said, Kim Kardashian doesn’t seem to be spending much time thinking about Kanye and Irina at all. While she’s not looking to date anyone herself, insiders say that all Kim wants is to see the father of her four children happy. And if he happens to be happy with a supermodel, then it is what it is. Right? Watch this space.