Skip to content
Home > TV > The Bachelorette > ‘The Bachelorette’: JoJo Fletcher And Jordan Rodgers’ Wedding Is Delayed Once Again-‘It’s Out Of Our Control’ 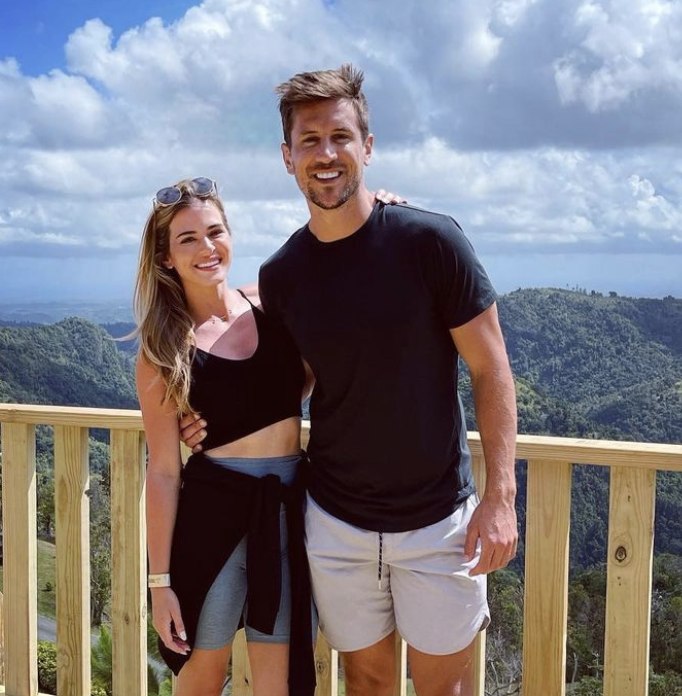 JoJo Fletcher and Jordan Rodgers’ plans to get married have taken another hit, with further delays being caused by the pandemic.

‘The Bachelorette’: JoJo Fletcher And Jordan Rodgers’ Wedding Is Delayed Once Again-‘It’s Out Of Our Control’

The duo, who came across each other in 2016, have been going strong ever since. While Jordan has had a difficult time, notably due to his well-publicised distance from his brother Aaron Rodgers, his relationship with JoJo has been anything but that. And yet, with the couple having delayed their wedding on two occasions, they have had to accept the reality of the situation.

During an interview with Us Weekly, JoJo said: “This has been just a very fluid situation, and one that I feel like Jordan and I have done a really great job of rolling with the punches and just realising that a lot of it’s out of our control.” So what has been the reason for the delay? Well, the couple are insistent on having a specific venue.

Rather than relocating to another one and getting the big day over with as soon as possible, the duo are deciding to hold tight with the hope of better things. There is, of course, the huge expense that would ultimately occur if they decided to move. She added: “When we rescheduled it for this year, it was supposed to be this month.

“There’s a lot of money tied up that we wouldn’t be able to get back [if we moved the venue].” But that is not the only problem that Jojo has had to contend with. Like all wedding days, everything must be on point, including the wedding dress. JoJo admitted to having ordered the dress three years ago but has not managed to even try it on since then.

With the way things are now, she hinted at the prospect of going for another look. She continued: “The dress that I ordered… [I] haven’t even seen it…So yeah, I might try on dresses again.” The couple will want to get things in order and be walking down the aisle very soon. And with that, let us hope that they can move on to bigger and better things.