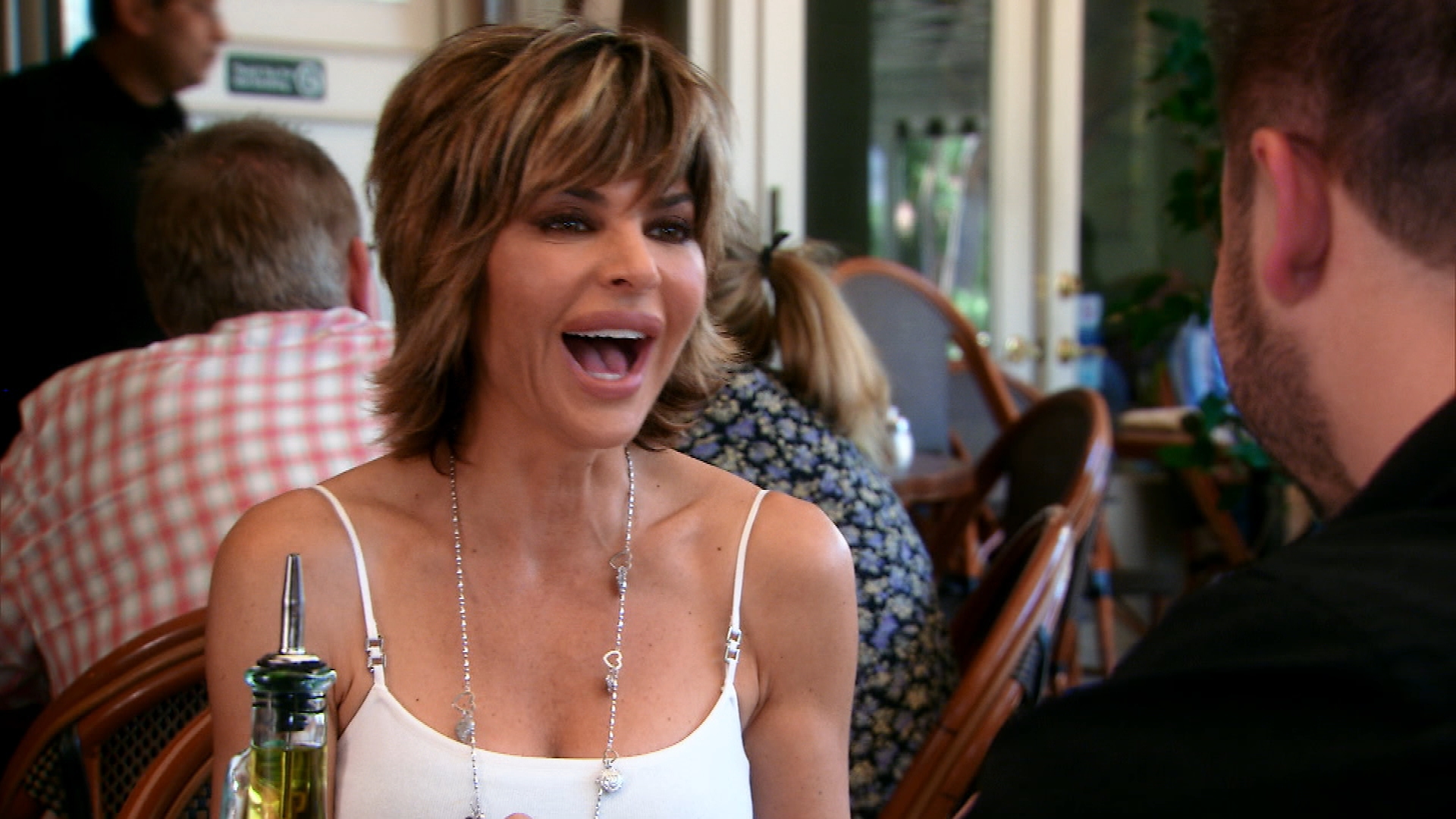 Mom, stay in your lane. A lot of fans and critics alike can’t help but notice that The Real Housewives of Beverly Hills star Lisa Rinna seems to be making her daughter Amelia Hamlin and her boyfriend Scott Disick’s romance all about her.

In fact, this might have been the moment Lisa has long been waiting for, as her daughters are finally elevated to Kardashian-level status in the celebrity and entertainment world, thanks to the fact that Amelia is dating Kourtney Kardashian’s ex. Here’s what you need to know.

The Real Housewives Of Beverly Hills: Lisa Rinna Is Making Amelia Hamlin And Scott Disick’s Romance All About Her

Even though fans haven’t seen them together per say, Lisa thought it would be a good idea to share a photo of her wearing a bucket hat looking quite like Scott Disick.

Either the two of them have a mutual love for bucket hats, or Lisa is doing whatever it takes to bring attention to the fact that Scott Disick is in the Hamlin Family sphere. Or at least, that’s what she wants people to believe.

Of course, it didn’t take long at all for many critics to weigh in on the matter. Many of them commented on social media with, “If there was even one picture of Scott and Amelia hanging out with Rinna and Harry at their home or spending time with them as a family, Rinna would have posted it everywhere. It has not happened even after all this time Scott and Amelia have been dating.

Scott is fully a Kardashian and plans to stay that way,” along with, “Anything for a buck and some attention! But Amelia is technically an adult, so let her make her own mistakes, right? I’d have mental issues too if she was my mom. And from the looks of it, there’s some daddy issues at play as well. But let’s smile for the camera!”

Another critic wrote, “Completely fake made up relationship. I haven’t seen one photo (not that I’m looking) of Scott smiling or looking even mildly attracted to Amelia. The photos all look staged with two very bad Z-list actors. If anything Scott usually looks annoyed or robotic and definitely not into Amelia. I think this is all about Scott’s Kardashian gravy train coming to a full stop.”