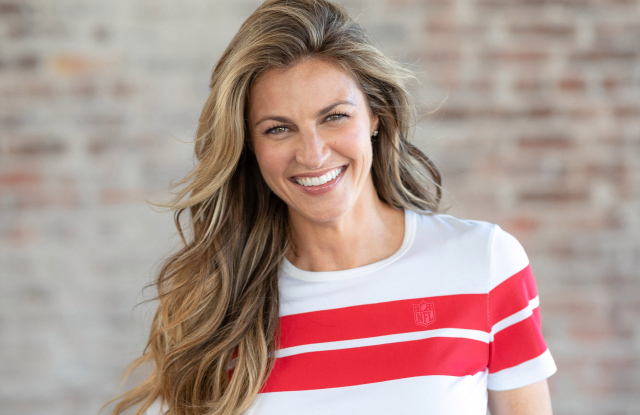 Erin Andrews has revealed how she was shocked to find out that Aaron Rodgers had gotten engaged to Shailene Woodley.

During an interview with Watch What Happens Live With Andy Cohen, Erin spoke on how Aaron had kept everything away from the spotlight. She said: “He kept that under covers. Wow, he really did. There [were] rumours, I think, that they were dating, but yeah. I had no idea, and then he unveiled it in his MVP speech. So, [he] surprised everybody. Really kept that quiet.”

This would echo how Aaron had been behaving recently. His career with the Green Bay Packers has been going really well, so much so that he was named MVP once again to take his tally to three occasions. In a speech he gave at the NFL Honours Show, he let slip that he was engaged but kept the name under wraps.

He stated: “2020 was definitely a crazy year, filled with lots of change, growth, some amazing, memorable moments, 180 straight days of having my nose hairs scraped, playing for very little fans. I got engaged, and I played some of the best football of my career.” Sharon, for her part, was much more open about it all.

She let her fans know that she and Aaron had been together for a while, which put an end to the constant rumours that were circulating as to whether they were an item. In an interview with Jimmy Fallon, Shailene revealed all: “For us, it’s not new news, you know? So it’s kind of funny. Everybody right now is freaking out over it, and we’re like, ‘Yeah, we’ve been engaged for a while.”

And it seems the relationship developed very organically once they got to know each other. After Aaron’s split from Danica Patrick, there was a prolonged period during which Aaron was linked to Shailene. It was here that they struck up a friendship which turned into a romantic relationship. A source previously confirmed as much: “Aaron and Shailene are dating! They started off as friends, but things have turned romantic. The two are staying in contact while they are living away from each other. The relationship is long-distance for right now, but they are making it work.”