‘Days of Our Lives’ (DOOL) spoilers have found that a blast from the past will be making his way back to Salem, but not everyone is going to be happy about it.

Starting Friday, February 19 Evan Frears/Christian Maddox will be back on our screens, but the producers of DOOL have been very tight-lipped about his upcoming storyline.

‘Days of Our Lives’ Spoilers: An old face will be seen back in Salem, but is it a welcome one?

He explained he wanted to stay at Bayview mental hospital where he claimed he was making good progress, and not run off with his father.

Does this mean Evan will be returning as one of Days’ countless bad guys gone good?

Maybe Evan has stayed in touch with his father who is back in Statesville…perhaps sharing a bunk with a certain kidnapper named Vincent Belman (Michael Teh)?

Perhaps Evan has some information about Ciara’s whereabouts to give Ben–he sure owes the guy after nearly having him executed when Ben was wrongly found guilty for murdering Jordan Ridgeway (Chrishell Stause.). Evan was the killer of the mother of his child.

Maybe Evan’s return has nothing to do with Ciara (we already have enough characters tied up in that story) and is more about his son, David Ridgeway.

David was brought up in conversation by Rafe Hernandez (Galen Gering) and Nicole Walker Brady (Arianne Zucker) not so long ago –rarely a happenstance thing on DOOL. There is no word of Zoey Burge (Alyshia Ochse ), Evan’s sister who has custody of David returning, but perhaps Evan’s reappearance could somehow be the catalyst to bring Rafe and Nicole closer?

Then again, Evan could just be back wreck havoc. With most of the big bads in jail these days (for once), its really only Gwen Rizczech (Emily O’Brien) and Charlie Dale (Mike Manning) who is out in Salem causing problems. While we are sure Gwen has plenty of villain behavior left in her, it seems Charlie’s days are numbered- either by heading to prison or, as the rumors suggest, being put six feet under. Perhaps Salem needs a new-old baddie to shake things up!

Be sure to be watching Days of Our Lives as Evan returns on Friday, February 19 on NBC , 1pm ET. 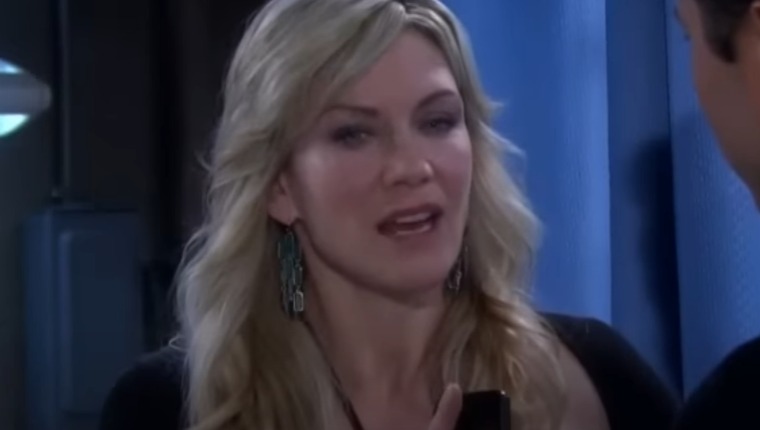