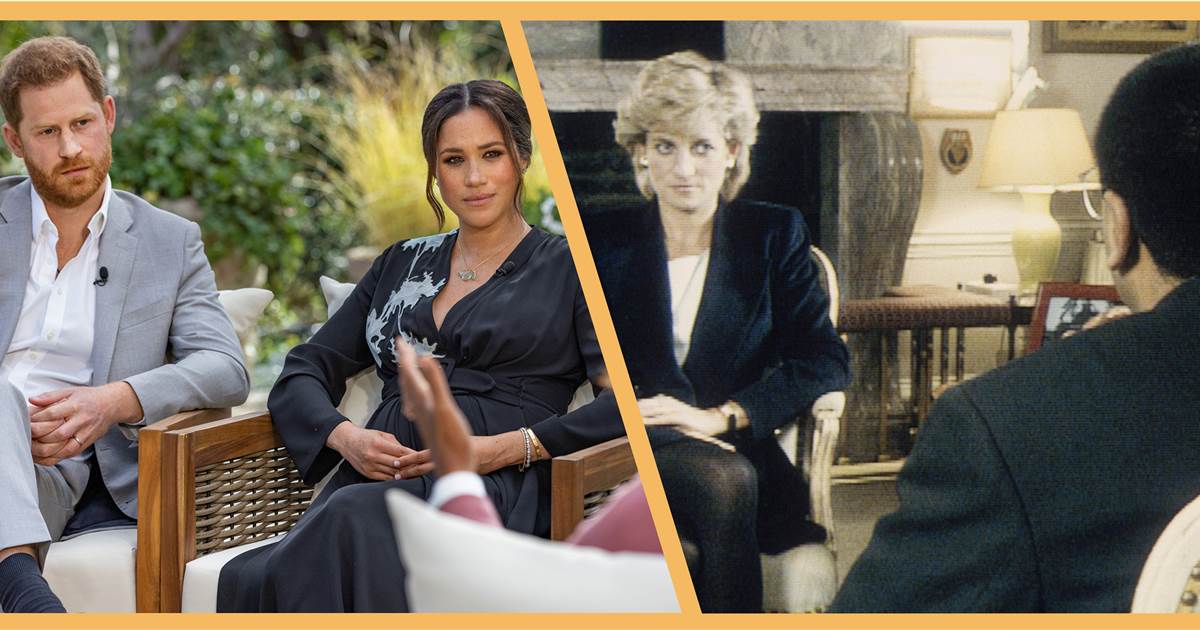 British Royal Family News find that a lot of people are now understanding why Prince Harry was so upset over the fact that his own family stripped him, Meghan and their son Archie from their royal protection when they decided to step away from the royal family. And yes, it has everything to do with Princess Diana and the past. Here’s what you need to know.

During their two-hour interview, Prince Harry and Meghan Markle made several shocking claims. The first one was that the royal family didn’t want to give their son Archie Harrison a title, and that was because they apparently didn’t want to pay for his life-long royal security.

Prince Harry also revealed that after they decided to step back from their roles as full-time working members of the royal family, they got their security cut off, too.

While holding his wife’s hand, Prince Harry said, “Their justification was a change in status. I pushed back and said is there a change of threat or risk?

“Eventually, I got the confirmation that no, the risk hasn’t changed but due to our change of status – we would no longer be ‘official’ members of the royal family.”

He continued: “My family literally cut me off financially and I had to afford security for us…in the first quarter of 2020.”

“While we were in Canada, in someone else’s house, I then got told, short notice, that security was going to be removed,” he recalled, adding that, because of tabloids, his and his wife’s exact location was known. “So suddenly it dawned on me: ‘Hang on, the borders could be closed, we’re going to have our security removed, who knows how long lockdown is going to be, the world knows where we are, it’s not safe, it’s not secure, we probably need to get out of here.”

This has prompted a lot of fans to wonder why this had happened and if Prince Harry’s anger over the loss of his royal protection is because he doesn’t want his wife Meghan Markle to end up the same way his mother Princess Diana did: dead.

Prince Harry also said he felt his family did not support Meghan, who acknowledged her naivete about royal life before marrying Harry, as she endured tabloid attacks which she believes were perpetuated by the royal family behind the scenes.

The couple also revealed that Hollywood director Tyler Perry offered them security after the royal family stripped them of theirs. “We didn’t have a plan and we needed a house and he offered security as well so it gave us breathing room to try to figure out what we were going to do,” Meghan told Oprah.