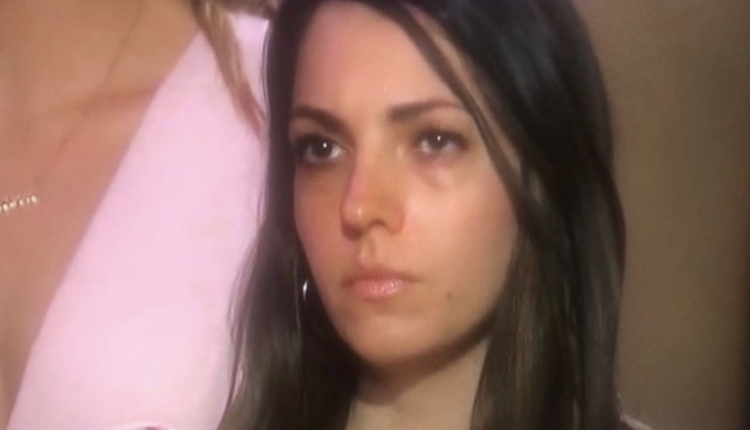 ‘The Bachelor’ Spoilers: “Queen “Victoria Larson – Off With Her Head!

‘The Bachelor’ spoilers find that someone is taking her villain role to heart. And thy name is Victoria Larson. Queen Victoria if you are so inclined. Bachelor Nation is not.

It was hardly a surprise to die hard fans of the franchise that Victoria would stir trouble from the start. There’s always one, but often it takes an episode or two to spot the season’s villain. Not Victoria, who demanded to be referred to as Queen from the second she arrived at the new, glowed-up Bachelor Mansion.

Episode two began with Victoria taking it personally that she wasn’t awarded the first one-on-one date, spewing out a tirade at those claiming they were happy for Bri Springs, who took off on a muddy ATV joyride with Bachelor Matt James. Victoria claimed their happiness for another contestant was all fake and that no, she wasn’t jealous, she just wanted what Bri had.

‘The Bachelor’ Spoilers: Queen Victoria—off with her head.

The rest of the women: “I mean, we’re obviously all jealous of Bri going on the date”

Victoria: “I’m not jealous, I just want what she has!”#TheBachelor pic.twitter.com/f8DHvbgo8X

In case you forgot, this was the entrance of the girl claiming the others in the house are fake.

#TheBachelor This is the girls saying she is the authentic and real one, just in case you were wondering pic.twitter.com/WcXamqewuu

Words- that she seemed to put in roommate, Marylynn Sienna’s mouth–were exchanged, Victoria claimed she was there for Matt and not to join a sorority (is someone sore she wasn’t accepted by the Delta Gammas?) and that she was already sick of the other girls.

Coincidently, I'm only two episodes in and I feel the same way about you, Victoria #TheBachelor pic.twitter.com/8xKtG0tMjs

What a fun 24 hours for the other ladies!

Of course, any Bachelor producer worth their salt ensured Victoria was part of the 18-woman group date (Matt has the largest harem to date), which started as a yawn provoking wedding shoot. Immediately Victoria channeled her inner Middleton and donned a tiara, gushing over her first royal wedding to Matt. Unfortunately, she didn’t bother to check if Matt was as into it as her (he wasn’t) or if he wanted the kisses she planted on him (he didn’t).

Matt’s face in this picture is a complete mood. #thebachelor pic.twitter.com/XcWL0ewAp8

To Victoria’s credit, she didn’t upset the apple cart too much more when the date turned into a capture the flag (stuffed heart) war, probably because her team, full of queens while the other was full of gestures-we think she meant jesters- won.

Later we saw Victoria’s earlier point corroborated when the ladies began to admit their jealousy of Sara Trott’s one-on-one date in a bi-plane. However, while the other contestants were good natured about it- like maybe they’d seen the show before and understood the concept, Victoria was spiraling. Her jealousy and hate manifested as a truly terrible Hollie Hobbie meets Pretty Woman ensemble that she donned for the cocktail party. In an earlier than regularly scheduled move, Victoria’s short one-on-one time with Matt was spent throwing Marylynn under the bus, claiming she was responsible for Victoria moving onto the couch

Marylynn did her best to defend herself but talking to an interrupting c-MOO…must be difficult.

Did Victoria get a rose? We don’t know as the ceremony was interrupted by Sara’s fainting spell. But, according to the previews- yes, she does. Duh.

The producers making sure Matt keeps Victoria for the drama #TheBachelor pic.twitter.com/4u2jXqtvZ4

Let’s see how long the producer roses last for Victoria who, really, is doing us all a great service by uniting the nation to agree on something.

Check Victoria out on The Bachelor, Mondays at 8pmET on ABC and let us know what you think of her behavior so far in the comments section below!

NBC ‘Days of Our Lives’ Spoilers: Will the Charlie situation make Claire do something she’ll regret?