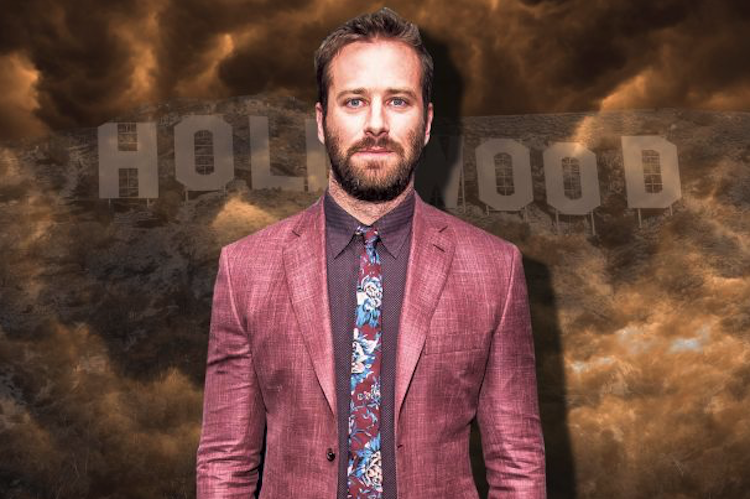 He’s toxic, y’all. There’s a new report that suggests producers are hoping that no one will notice that Armie Hammer is in their new movie.

Yes, we are talking about the same Armie Hammer that has been all but canceled in the entertainment industry after private DM’s surfaced of him talking about his violent sexual fantasies and how he wanted to cook and eat his lover’s ribcage. Yikes.

Armie started trending on Twitter back in January after a series of screenshots showing graphic messages he’d allegedly penned to a woman were leaked by the anonymous, now-private Instagram account, House of Effie.

Now according to Page Six, producers are hoping that no one will notice the fact that Armie is starring in a new film called Crisis, which he also co-stars in with Gary Oldman and Evangeline Lilly.

The film comes out on March 5th, and sources say that its producers are going to do their best to make sure that Armie’s name is featured in the smallest font ever.

Nicholas Jarecki — the writer, director and producer of Crisis – is understandably freaking out.

“It would have taken too many months to reshoot [Hammer’s] role,” said one executive familiar with the film and its distributors. “They don’t want to spend the kind of money it would take to hire another actor, delay the release, do all the reshoots. This movie doesn’t have that large a budget. It would take two to three months.”

Earlier this month, it was also reported that Armie Hammer was dropped by his talent agency. Armie’s ex-girlfriend and model Paige Lorenze also opened up about the actor’s supposed ‘demonic’ ways after it was revealed that he has some disturbing sexual and BSM fantasies.

Two months after their break up, Paige says that she knew something was off the moment that she met him. “Right away he definitely did get into things and had me do things that weren’t my norm.

He wanted me to only call him ‘Sir’ or ‘Daddy’ in the bedroom. He’s obviously a very kinky person and he made that very clear to me, but I thought it was going to be fun and safe,” she claimed, according to Fox News.