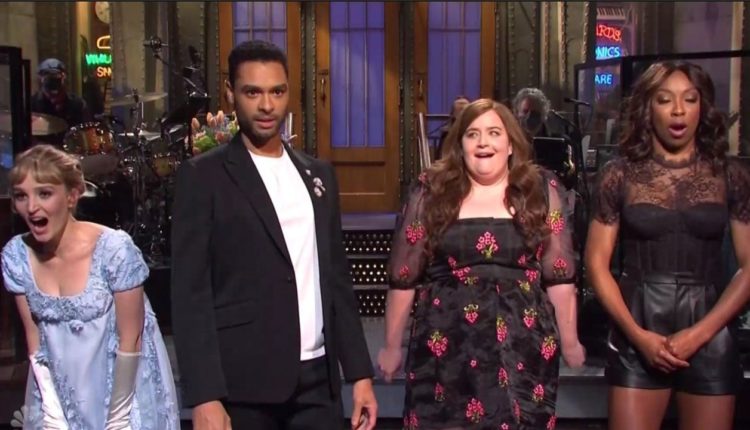 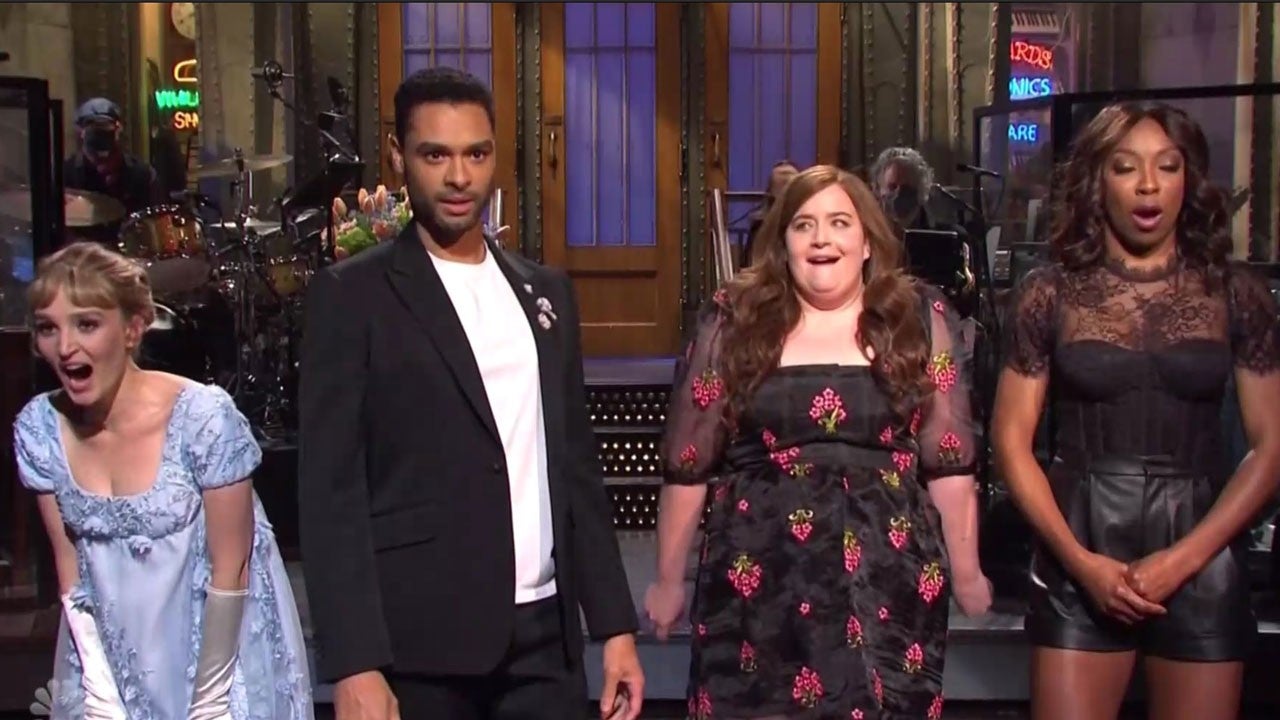 Netflix ‘Bridgerton’ spoilers find that star Rege-Jean Page (Simon Bassett) is not only ridiculously good looking and talented, but he also has quite the sense of humor, too. The Netflix star recently fun at his new-found heartthrob status as he made his Saturday Night Live hosting debut. Here’s what you need to know.

As many fans know, the British-Zimbabwean actor has become a household name thanks to his role as the Duke of Hastings on the immensely popular regency-era drama, Bridgerton. Rege-Jean opened up his Saturday Night Live show with a joke about risqué Bridgerton, describing it as “the show that made everyone turn to their mums and say ‘you know what, never mind, I don’t think we should watch this together.'”

He also said fans may associate him with his “shouldering, sensual” character, before insisting “I’m just a regular guy.”

Rege-Jean was then interrupted by Aidy Bryant and Ego Nwodim, who clearly have major crushes on him. “I have been getting a lot of this energy lately,” he said. “But you can both relax – I am nothing like my character the Duke. I’m actually quite shy.”

After more swooning from the ladies, Rege-Jean then said, “Ladies, I hate to break it to you but I am actually just kind of a nerd. I nerd out on music, I sing silly little songs.”

He then broke out into a cover of love song Unchained Melody, before SNL’s Chloe Fineman arrived dressed as Daphne, his Bridgerton love interest.

Adapted from Julia Quinn’s best-selling novels about 1800s London society, Bridgerton became one of Netflix’s top original series since it dropped Christmas Day. Rege-Jean Page and fellow co-star Phoebe Dynevor, who plays Daphne Bridgerton, have made multiple headlines for not only their professional lives, but their personal lives, too.

Netflix’s ‘The Irregulars’ Follows A Group Of Misfits Who Solve…