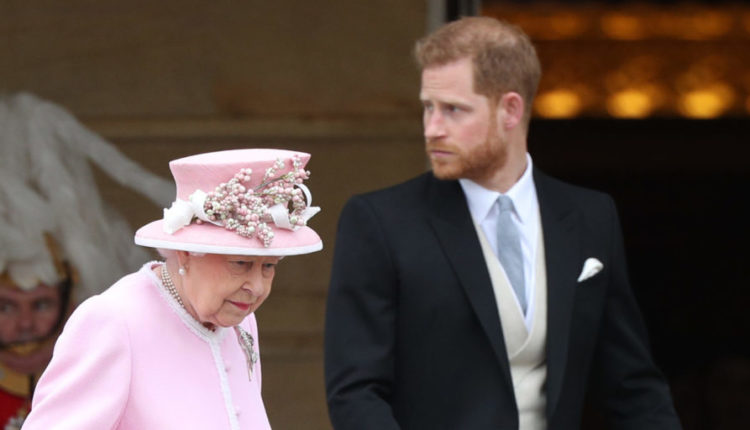 British Royal Family News suggests that the drama between Prince Harry and Meghan Markle and the rest of the royal family might be at its boiling point right now.

That’s because Prince Harry is reportedly super missed at his grandmother for stripping him and Meghan from their patronages and basically shutting the front door on them and any possibility of their return to the royal family. Here’s what you need to know.

According to the Daily Mail, royal correspondent and expert Richard Kay makes it no secret that Prince Harry and Queen Elizabeth aren’t as close as they once were.

That’s because Harry and Meghan were hoping to keep one foot in the door at Buckingham Palace and perhaps one foot out, but Queen Elizabeth made it pretty clear that was never going to happen.

If that weren’t enough, Harry and Meghan’s tone in their statement and them saying that “service is universal” sure hasn’t made things any easier on anyone.

Kay puts it this way, “Whatever pretense there had been until this point — that both sides were happy with the outcome — went up in a puff of smoke. Last night aides spoke of their shock at the tone of the couple’s response, viewing it as a rebuke to the Queen, even an insult. ‘They didn’t think to let the Queen have the last word,’ says one insider. ‘They didn’t think that with Prince Philip in hospital, she might have enough on her plate. And they didn’t think that there is a difference between charity and philanthropy and commitment to public duty.”

Now, as far as what Harry’s future in the monarchy will looks like, it doesn’t look bright. Kay added, “There is also the fact that however dismayed they are by Harry, he remains a uniquely important figure to the future of the monarchy. In the event of Charles and William both losing their lives — and, remember, they have both contracted Covid-19 — Harry would become regent to a young Prince George. Throughout the saga, Palace officials have been playing close attention to public reaction.”