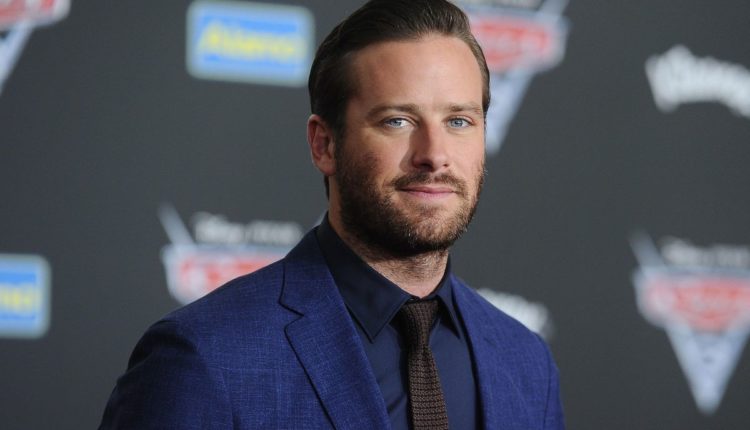 Armie Hammer has been dropped by his agency, WME. This is the latest setback for the star who has been in the spotlight over his personal relationships.

Armie Hammer Dropped By His Agency

It all started after many women came forward and alleged that the actor had sent them DM messages which included discussion on the topics of cannibalism and rape. One of the women, his ex Jessica Ciencin Henriquez, said at the time: “I’m seeing a lot of posts going around about how I am a man-hater, and I would just like to clarify: Yes. I love women; I respect women. I stand by women, and I hate men who don’t.”

And Armie’s initial reaction was to deny it which caused him to withdraw from his upcoming film Shotgun Wedding. He said: “I’m not responding to these bulls—t claims, but in light of the vicious and spurious online attacks against me, I cannot in good conscience now leave my children for four months to shoot a film in the Dominican Republic. Lionsgate is supporting me in this, and I’m grateful to them for that.”

But the controversies continued as a video of a clad woman in bed referred to as ‘Ms. Cayman’ was somehow leaked from his private Instagram. In the video, Armie is heard saying: “Well… my ex (for very good reason) wife [Elizabeth Chambers] is refusing to come back to America with my children. So I have to go back to Cayman which sucks. Except there are a few silver linings. Like f–king Ms Cayman again while I’m down there.”

The leak caused the star to apologize immediately. Armie said: “I would like to clarify that the person in my video, which was stolen from my private Instagram, is not Miss Cayman. I am genuinely sorry for any confusion my foolish attempt at humour may have caused. My deep sympathies to Miss Cayman, who I don’t know, and to the entire organization as I had no intentions of implying she was actually Miss Cayman.”

And all the scandals have led to another bombshell. Armie’s personal publicist has also decided to let him go. The drama does not seem to be stopping anytime soon. If you enjoyed reading this article, then make sure you check out our other features on the Daily Soap Dish. Please also visit TVRocker for all of the latest exciting news on all of your favourite daytime television soaps.