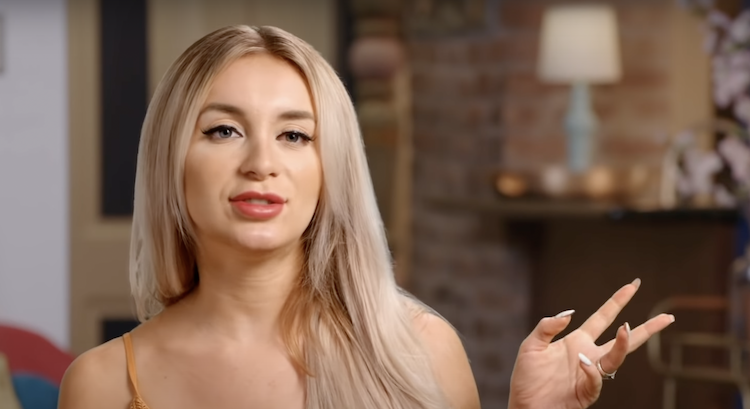 ’90 Day Fiancé’ Spoilers reveal that Yara Zoya wants to tell fiance Jovi Dufren’s family that she’s pregnant at their engagement party but Jovi, in classic Jovi style, wants to wait. He didn’t want her to tell them that she wanted to move to Budapest either but she went ahead and did that and now his family is very suspicious of her, but honestly, Yara’s got a spine and I’m glad she does.

She needs it in this backwoods southern bayou where practically no one is on her side. Jovi can claim that he’s in her corner all he wants to, but is he really? It looks like he just wants to drink and party and have Yara as something to fall back on just in case that lifestyle kicks him while he’s down.

I had some hope for him when he apologized to Yara after being such a jerk to her over the pregnancy test, but when they were getting ready for the engagement party, Jovi really showed himself. He brought Yara back some crawfish, but she couldn’t eat it because she said she didn’t like seafood.

By this point, they’re getting married in roughly less than a month and she’s pregnant, I think by now you should know the type of food she likes to eat, or at least the stuff that makes her sick. Do these couples ever just sit down and talk or is it primarily just sending nudes? Sometimes I wonder.

Also, Jovi has a bit of a drinking problem. I say a bit because I don’t think he’s a full-on alcoholic yet, but I think he’s kind of halfway there. Yara has a point, he doesn’t really listen to her, he condescends to her and thinks she’s stupid, and he always has alcohol around, always. It’s like his crutch, and that’s not a good thing. He doesn’t always need to be drinking.

I can see drinking when he’s going to a party, but drinking on the way to the party? That’s a bit extreme. He says that Yara should be happy that they’re throwing an engagement party for her, but what he doesn’t seem to realize is that if he would just address the legit fears that Yara has, that she would be happy and possibly want to stay with him in the US.

I don’t blame he for wanting to tell the family that she’s pregnant because that way they can make special accomodations for her. As it stands she’s going to be walking into a party where she hasn’t eaten in 2 days, she’s pregnant, and there’s going to be alcohol. Of course people are going to ask, especially in Jovi’s type of circle, why she isn’t toasting her own wedding.

They could also make some special food accomodations and actually get her something that wouldn’t make her sick, right now all she wants is fruit and veggies and that’s fine, but since they’re having a prty they may not understand why she doesn’t indulge. She’s trying to do the right thing. I wish Jovi would let her. Stay tuned!!!

‘Young And The Restless’ Spoilers: Can You Guess Which Don Diamont Character Said The Quote? (Video)