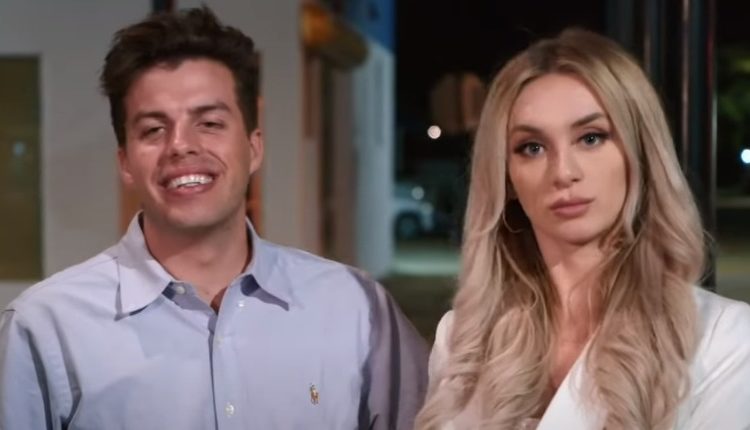 ’90 Day Fiancé’ Spoilers: Yara Is Not Having It – Lectures Jovi On Camera About Drinking Too Much

’90 Day Fiancé’ spoilers show Yara Zaya is not having it with her new fiance Jovi Dufren and his drinking. After a very awkward dance at their engagement party and Yara telling him she hates him and to fu**ing pay attention, he continued drinking.

We see him stumbling around, seemingly ignoring Yara until she got his attention. What’s important to note here is that Yara is in a strange place, surrounded by people she does not know, so wanting Jovi by her side isn’t too much to ask. However, alcohol says otherwise.

’90 Day Fiancé’ Spoilers: Yara Is Not Having It – Lectures Jovi On Camera About Drinking Too Much

Now, Jovi is pretty juvenile when he’s sober, saying that Yara is just hormonal and getting pissed off at him because she’s pregnant. Get a few drinks into this guy, and he’s a bigger fool than you could believe.

Yara asks him to step outside to talk, and end up talking to the producers. After she tells him why she’s mad (leaving her alone, drinking too much, not taking their engagement party seriously) the only thing he can mutter is, “welcome to pregnancy guys”, and “I’m over it” before turning around to walk back inside.

Holy sh*t dude. Are you serious? This dude only cares about himself, and Yara’s right. She explained it plain as day, all the great qualities she has and he doesn’t seem to care. It’s like he’s purposely trying to get her to leave him. She’s angry at you for being a drunken fool and not spending your ENGAGEMENT party with HER.

This is pathetic and hilarious at the same time. How can one person be so tone-deaf? Everything this kid says and does continues to surprise me and I don’t know why it should. At least apologize you doofus.

What do you think? What did you think of Jovi’s comments? Let us know in the comments below.

Come back to Daily Soap Dish for all the latest news, updates, and spoilers on ‘Days of Our Lives’, ‘General Hospital’, ‘The Young and the Restless’, and ‘The Bold and the Beautiful’. Don’t forget to visit TVRocker for all of the latest exciting news on all of your favorite daytime television soaps.

James Franco Reaches Settlement After He Was Accused Of Sexual Misconduct