’90 Day Fiancé’ spoilers find that only a few days ago we reported on the strange Instagram video of 90 Day Fiancé: Before the 90 Days alum, Caesar Mack giving his girlfriend, Aya Jarushi $60K after selling his house and bike. There was no statement from either Aya or Caesar as to what the motivation behind his grand gesture was, only that Aya ‘lights up his life’.

Well, not anymore. On Tuesday Caesar sent out Instagram post, announcing that Aya has dumped him! Obviously Caesar did something reprehensible to chase a woman off who’d just relieved him of every cent he owns. Right?

According to Aya, Caesar’s inexcusable action was not liking her social media posts—but Soulja Boy did. The nerve! We’re pretty sure Aya has confused Soulja Boy the American rapper, with Sojaboy the Nigerian ‘rapper’ of Baby Girl Lisa fame. Especially because Sojaboy (the latter) liked when Caesar posted the receipts. 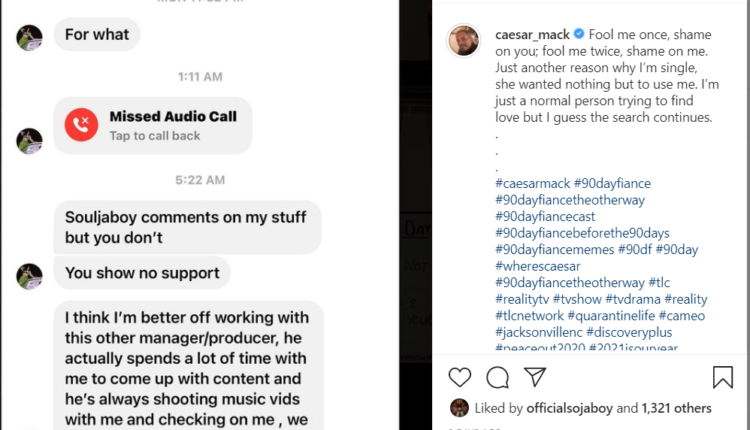 Honestly, it looked like the end of a business transaction, not a relationship, but either way the fall out was nasty.

In further posts, Caesar showed Aya cussing him out for showing their private messages and threatening to expose his special pictures (hint, Coltee likes to send pics of this variety, also). When Caesar blocked Aya her sister got involved, trying to apologize on Aya’s behalf and claiming her sister still loved him.

Caesar responded on his IG page, accusing Aya of using him for fame, clout and money (duh) and then showing some pretty convincing proof that Aya purchased over 15 000 IG followers. I hope she didn’t spend the entire $60K she pocketed from her ‘relationship’ with Caesar!

It seems Caesar stayed strong with not replying to Aya or her sister, so the girls have moved onto their next mark- Big Ed! 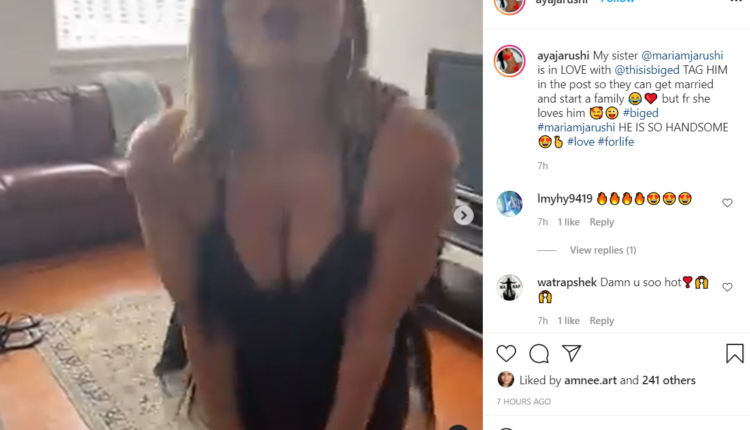 I’m thinking Sojaboy should be on high alert, also. As delusional as Big Ed can be, he is no one’s ATM. Remember when he was concerned over Rose’s intentions when she spent 180 Philippine pesos at a market? Yeah, that was the equivalent of US$3.50. You’re barking up the wrong tree Jarushi girls!

I’m sure this is not the end of Caesar or Aya hoping to monetize their 5 minutes of D-list fame, and I really hope the whole $60K thing was a stunt. Either way, I can’t feel sorry for Caesar- this wasn’t his first rodeo with a much younger, attractive woman fleecing him for money.

Hey, maybe Aya did take him for EVERYTHING he’s worth. If so, he’ll have no choice but to earn love the old fashioned way- with his personality and charm…and maybe some left over edible panties!