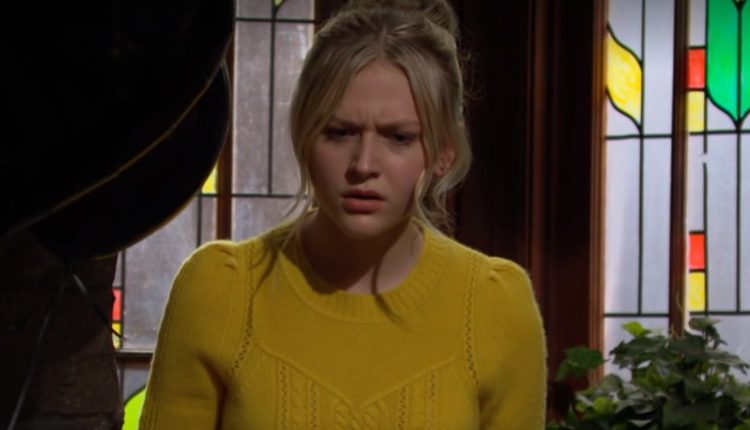 ‘Young And The Restless’ (Y&R) spoilers show that Nick Newman (Joshua Morrow) and Sharon Rosales (Sharon Case) may have finally realized that they need to start parenting their child, Faith Newman (Alyvia Alyn Lind)! Faith has been drinking with her friend Jordan (Madison Thompson) and batting her eyes and getting away with it at every turn.

Until she got caught by Phyllis Summers (Michelle Stafford), though then she wasn’t really allowed to say anything and when she brought it up to Sharon, (who didn’t know somehow), got totally ripped into.

Faith is continuing to steal booze, sneak out with Jordan, and drinking, and only now has Nick brought it up to Sharon that maybe they should do something about it. Seriously?

In my opinion, this is far past due. Faith has been running wild and needs to be toned down. Nick suggested that she talk to his mother, Nikki Newman (Melody Thomas Scott) about drinking and its dangers and Sharon wants her to see an actual therapist.

Why not try yourself first? I know Nick had that brief chat with her but was that the best they could do? Sit her down, the both of her, and start trying to get through to her together. I know a lot of you are saying, “But she’s a teenager! She’s going to do what she wants!”. And I understand, but there’s definitely parenting opportunities between one small talk and therapy.

What do you think? Is it about time that her parents started to notice? Let us know in the comments below.

Kamala Harris Covers Vogue, Shares Her Feelings On The Current State Of America

‘The Young And The Restless’ Spoilers: Jack And Sally Go Out On A Date? – How…

CBS ‘The Young and the Restless’ Spoilers: Victor Readies for Action;…