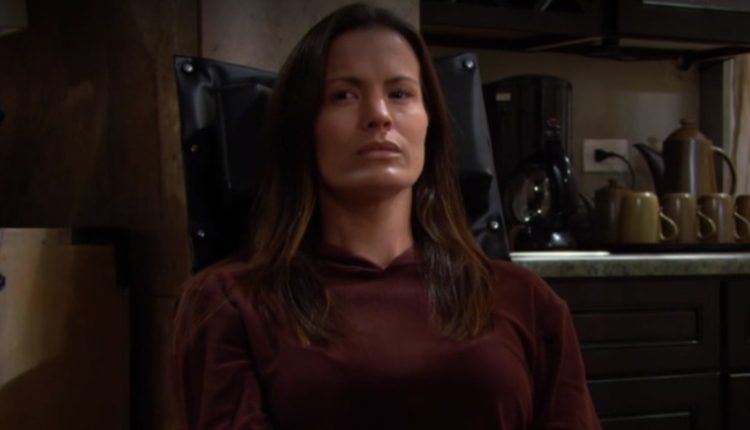 ‘Young And The Restless (Y&R)’ spoilers show that Sharon Rosales (Sharon Case) may just make Chelsea Lawson (Melissa Claire Egan) angry enough to break through whatever psychological hold has been keeping her down.

It seems to several medical professionals that there is no physical reason that she shouldn’t be able to move her body and that the problem is simply in her head. She last used her vocal cords while Sharon was in her home and now Adam Newman (Mark Grossman) seems to want to use this emotional reaction to “kickstart” her recovery.

Obviously, this isn’t a good idea and even Sharon herself thinks it’s foolish, however, will she be able to say no to Adam? How will Chelsea react to seeing Sharon in her home again and could it very well work? It’s odd to say, but Adam may be right. This kind of adrenaline and reaction could jumpstart Chelsea and even she agrees to some extent.

Chelsea thought about being able to jump up and smack them, so maybe that’s exactly what she’ll do. This is probably one of the worst ideas that Adam has had as it won’t even effect him, but the woman he supposedly “loves”.

Oh how I desperately wish that Chelsea will find the strength to jump out of the wheelchair and slap Adam across the room for bringing Sharon back into their home. Don’t let us down Chelsea!

What do you think? Was she flirting with him or just trying to get what she wants? Let us know in the comments below.

‘Young And The Restless’ Spoilers: Victoria Newman (Amelia Heinle) Pissed That Lily Winters (Christel Khalil) Is Playing With Her Daughter – Will She Make It To Her Vacation?