‘Young And The Restless’ (Y&R) spoilers show that we have another terrible winter storm in Genoa City. Remember, like, a year ago when Phyllis Summers (Michelle Stafford) got stuck at Nick Newman’s (Joshua Morrow) for the night and their relationship opened back up?

Queue Elena Dawson (Brytni Sarpy) getting stuck at Devon Hamilton’s (Bryton James) because her car won’t start in the bad weather. I think we all realize where this is going and with the news that was released that they will sleep together, it’s incredibly obvious, though the issue is, they couldn’t think of a better way than a winter storm?

Meanwhile, at Jabot, Summer Newman (Hunter Newman) and Kyle Abbott (Micheal Mealor) are stuck at Jabot alone and they have only one thing on their mind. I mean, come on, doesn’t anyone play games or read during a snowstorm? Everyone’s busy getting busy instead.

I wonder where Nate Hastings (Sean Dominic) is while Elena is stuck at Devon’s, and Amanda Sinclair (Mishael Morgan) is in New York, so she won’t know about this little event either. It’ll be interesting to see how they try to explain what happened. Will they end up being back together? Is this just a one-night thing? Will someone catch them? There’s so much that could go wrong with this but hey, it’s snowing outside, so that can only mean one thing, they have to do it!

I don’t think this will be a one-night stand and they’ll realize how much they’ve missed each other and find a way to get back together.

What do you think? Would you like to see these two back together? Let us know in the comments below. 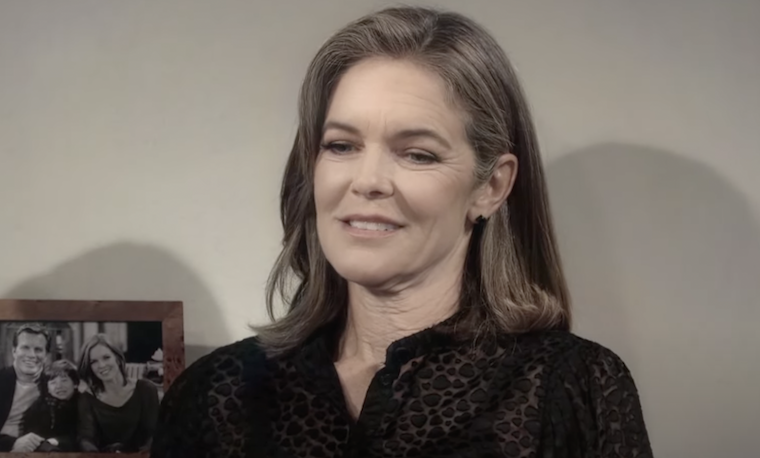