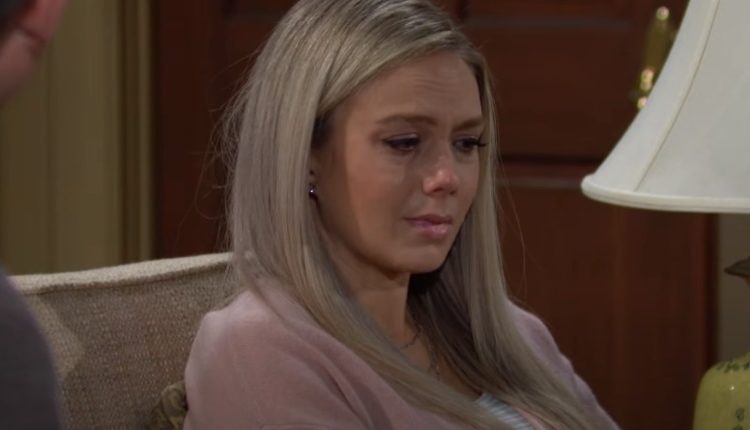 ‘Young And The Restless’ (Y&R) spoilers show that Abby Newman’s (Melissa Ordway) struggles continue with the inability to conceive a child. She’s been down in the trenches with it and Chance Chancellor (Donny Boaz) has only wanted to give you everything, however, this may be something he has to sit on the sidelines for.

We’ve mentioned the possibility of adoption, and while I like that idea, one fan’s idea kind of caught my attention. Will Abby find a surrogate to have her child?

In a sneak peek clip for next week, we see Abby sitting on the couch crying to Chance that she’s not able to get the one thing she wants. While some viewers have called her out for quitting too soon and being a bit of a crier, one fan thought of a solution.

“I believe that Mariah will be the surrogate for Abby!! And finally Abby will have her baby she’s wanted to form a family with Chance.”

This would actually make an interesting storyline I think. It would solve the problem of the “Crying Abby” and incorporate Mariah Copeland (Camryn Grimes) into a larger role. It’ll be interesting to see if Abby could get Chance on board with this idea. Chance has been Mr. Positivity and explained that it takes some couples up to a year to have a baby. Would Abby be getting ahead of herself if she did this or would Chance be all for it?

What do you think? Do you like this idea? Let us know in the comments below.