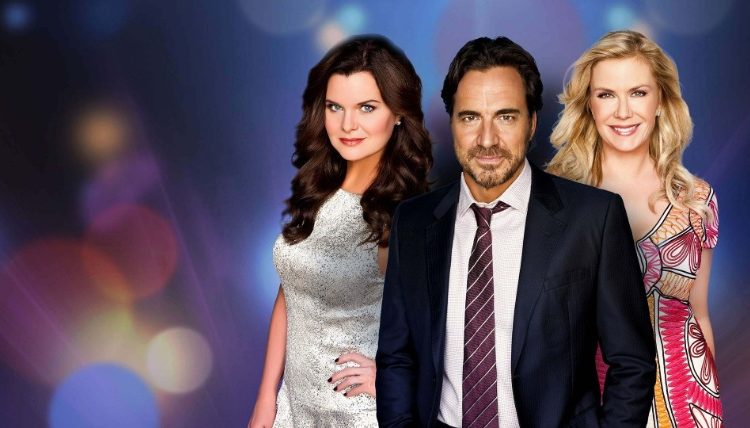 The Bold and the BeautifulDr. John 'Finn' FinneganFlorence 'Flo' Fulton

‘Bold And The Beautiful’ (B&B) spoilers have a big week coming up! Will Steffy Forrester (Jacqueline MacInnes Wood) and Liam Spencer (Scott Clifton) continue to fumble on about what happened, Wyatt Spencer (Darin Brooks) intervenes on Sally Spectra’s (Courtney Hope) behalf plus more!

‘Bold And The Beautiful’ spoilers for Monday, January 18th

Steffy and Liam continue to make excuses for what went down between them, however, it doesn’t look like Finn (Tanner Novlan) or Hope Logan (Annika Noelle) will believe what they’re being fed. They end up taking a similar stand on the situation.

‘Bold And The Beautiful’ spoilers for Tuesday, January 19th

Liam has convinced Hope every other month for another chance. No matter what he’s done, she always seems to take him back. However, as he tries this time, it may not be enough. This looks like it might be the last time Hope turns a blind eye to his actions.

With Wyatt entering the house when Flo Fulton (Katrina Bowden) was handcuffed to the radiator, he ended up intervening on Sally’s behalf. Otherwise, Flo would probably have had Sally arrested. With Summer Newman (Hunter King) in town looking for answers to Sally’s past, may Flo spill the beans about Sally’s mischievous plan?

‘Bold And The Beautiful’ spoilers for Wednesday, January 20th

Finn looks like he’s going to draw a hardline for Steffy. He’s having second thoughts about his relationship with her after knowing that she and Liam had slept together again. Would Steffy rather Liam be the father of her unborn child?

Hope and Thomas Forrester (Matthew Atkinson) have grown closer since his medical crisis. With Hope in having a heartbreaking decision looming in her mind, she finds solace in none other than Thomas! Surely, this isn’t anything to worry about, right?

‘Bold And The Beautiful’ spoilers for Thursday, January 21st

Wyatt takes it upon himself to call out Liam for sleeping with Steffy while with Hope. Nothing like the pot calling the kettle black, am I right? Wyatt doesn’t have much room to be standing on a soapbox over his brother, going back and forth between Sally and Hope just as many times.

‘Bold And The Beautiful’ spoilers for Friday, January 22nd

Zoe Buckingham (Kiara Barnes) has since gotten engaged and preparing to walk down the aisle, however, if she finds out about the technological glitch with a certain text, will she still have the same feelings about getting married?

Steffy prepares for a paternity test to determine whether Finn or Liam is the father of her child.

What do you think? What are you looking forward to most? Let us know in the comments below.

‘The Bold and the Beautiful’ (B&B) airs on CBS every weekday. Don’t forget to engage in the comments below with other soap opera junkies and let us know what you think. Come back to Daily Soap Dish for all the latest news, updates, and spoilers on ‘Days of Our Lives’, ‘General Hospital’, ‘The Young and the Restless’, and ‘The Bold and the Beautiful’. Don’t forget to visit TVRocker for all of the latest exciting news on all of your favorite daytime television soaps.

‘Days of our Lives’ Spoilers: Bryan Dattilo (Lucas Horton) is back on contract status!