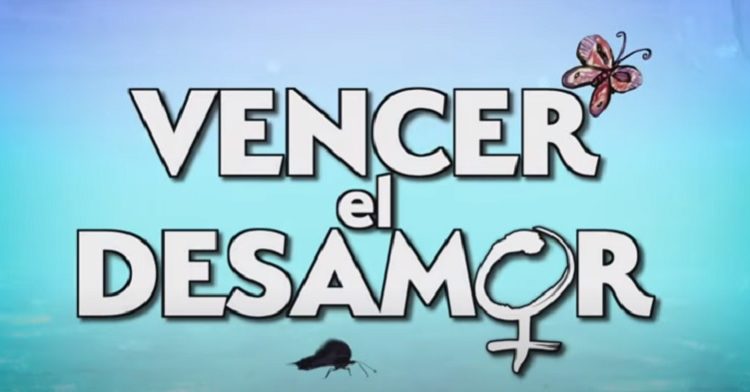 We’ll also see the meeting between Guadalupe “Lupe” Guajardo (Ariane Pellicer) and her sons, while Tadeo Falcón López (Iker García) suffers more. Let’s take a look at the teasers and talk a little about what happened Monday night.

First, Vencer el desamor spoilers reveal the child support case continues tonight. We saw a huge fight break out between Ariadna and Eduardo that had the judge annoyed with both of them.

But the worst part of the thing? He basically said he wouldn’t have wanted to bring a kid like Tadeo into the world. That’s where Ariadna really lost it and got called out for slapping him.

Tonight, the story continues. Like the spineless jellyfish he is, Eduardo lies about his marriage at the hearing, rather than tell the truth. It’s not like the judge can’t just confirm that, so we’re not sure why he thinks he can get away with it.

It ends tonight, though, when the judge decides how much Tadeo’s support will be. We hope it’s huge. Seriously, we want that judge to learn he really is married and to whom. That will really jack up the price. And he deserves that.

So does Linda Brown (Isabella Camil). She’s not just enabling his irresponsible behavior, but she’s encouraging him as well. And we can’t with how she keeps pushing for a kid so he can have a “normal” one.

Meanwhile, Gael Falcón Albarrán’s (Emmanuel Palomares) situation is totally understandable. He was sold like a product, in a way. However, we think he’s being beyond stupid to put so much trust in a twin who’s in la carcel.

He’s already done a favor by bringing in money on the sly, so this is not a good start. Monday night, Lupe learned they met and Gael was visiting Rommel Guajardo (Palomares) and crashed the party.

While neither of her sons seem to want anything to do with her, she still cares. She’ll worry about Gael tonight, thinking Rommel is taking advantage of him. She might have been a drunk in Vencer el miedo, but she’s got her senses now.

She knows exactly what kind of son she ended up keeping. We think she’ll try her best to get between them and Gael won’t listen. Which means, he’ll probably be heading for some legal trouble of his own soon.

In other Vencer el desamor spoilers Álvaro Falcón Albarrán (David Zepeda) confronts his brother in defense of his family. We totally love the idea he’s angry at Eduardo’s irresponsible behavior and doing so much to help Tadeo and Ariadna.

However, we see this moment as being a potentially dangerous one. He and Ariadna fell in love and they’re trying to keep it on the downlow for a couple of reasons. This confrontation could backfire and expose his new bond with Ariadna.

Finally, Tadeo has another crisis after Eduardo leaves again. We have loved this kid and how well the actor plays the role, even if it’s heart-breaking at times. It’s possible this could be Tadeo’s worst crisis yet, and we think Álvaro will try to help, should Ariadna fail in getting him calmed down.

However, we think Tadeo could react badly to that. He already has his father taking off twice, so he might pull away from Álvaro as a defense thing.