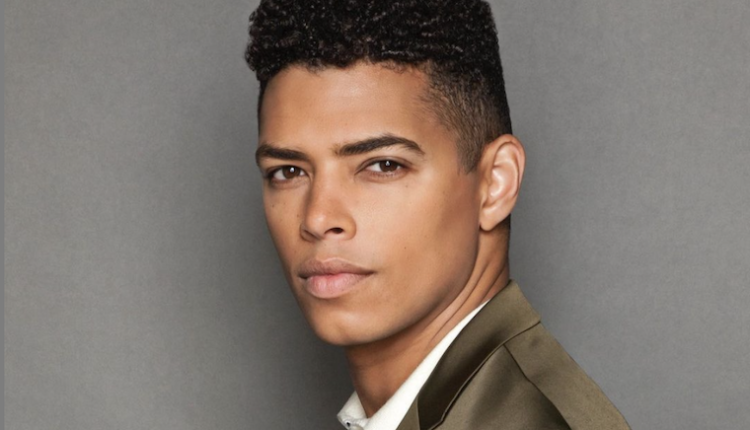 ‘The Bold and the Beautiful’ Spoilers: Delon de Metz (Zende Forrester) Opens Up About ‘That Kiss’

‘The Bold and the Beautiful’ (B&B) spoilers say that the love triangle between Zende Forrester (Delon de Metz) and the Buckingham sisters is about to heat up. Here’s what you need to know.

A kiss is just a kiss, right? Well, a lot of people would agree that’s not always the case and especially in this fictional town of Los Angeles.

‘Bold and the Beautiful’ star Delon de Metz (Zende Forrester) recently opened up about his kiss with Paris Buckingham (Diamond White) and whether or not he wanted to make her sister Zoe Buckingham (Kiara Barnes) jealous. Read on for all of the latest spoilers.

‘The Bold and the Beautiful’ Spoilers: Delon de Metz Opens Up About ‘That Kiss’

In a new interview with Soap Opera Digest, Delon opened up about Zende’s ‘true’ feelings for Zoe. He said, “Clearly, it is complicated because there are some feelings there for Zoe, and it becomes a delicate juggle. How do you sort out these complicated feelings, given the close proximity of the sisters — and then having Carter involved, his old friend? The dynamic is not a triangle. It’s a quadrangle, and there are all these different layers.”

Now, as far as that kiss is concerned, he doesn’t believe that the kiss between him and Paris was an effort to make her sister Zoe jealous. Instead, Delon says it was an honest kiss with honest feelings.

He explained, “I think it was earnest. To be frank, I hadn’t really thought that or considered that, and playing it in the scenes, that thought never crossed my mind. I think, to Zende, that the chapter with Zoe was effectively closed when Paris came in. Of course, things get complicated, as they do on soaps [laughs], but it was not a jealousy factor. That is not what I was playing, and it’s not something I tried to inspire in Zoe. I think it’s really earnest in action between Zende and Paris, and it’s not something where I just want to run out the door because of all these other extenuating circumstances. It was genuine.”

‘The Young and the Restless’ Spoilers: Michelle Stafford Says This Person Is Phyllis’ Biggest Enemy

‘Young And The Restless’ Spoilers: Abby Newman (Melissa Ordway) Opens Up To Taking New Steps To Being A Parent