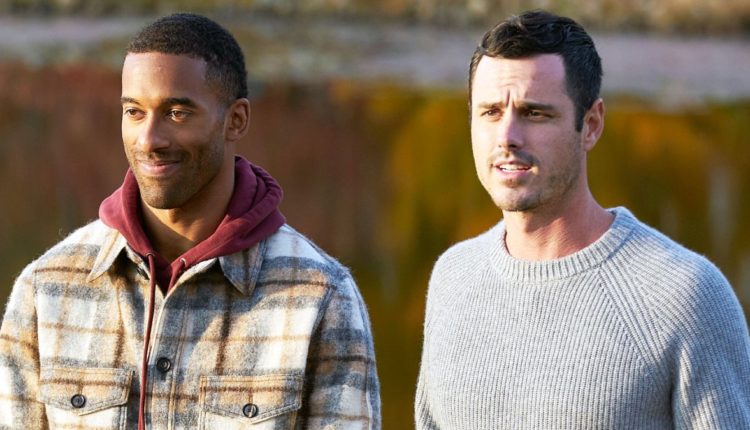 Former Bachelor star Ben Higgins has revealed that he advised, Matt James, heavily in preparation for his appearance on the show.

When speaking to Us Weekly, Ben revealed the enormous pressure Matt was under: “I really just wanted to reinforce to him that he is fully capable of this moment. He has a huge — and he spoke about — he’s a huge weight that he’s going to carry on this show. He’s the first black Bachelor, and he’s going to do an incredible job, post-show with everything he does, but it is a weight that he’s carrying.”

Ben then reassured Matt that he was there on merit. He said: “I just want to reinforce it in him that he is incredible, that he was chosen because of who he is and the person that he is. He’s a great dude. I wish somebody would have done this to me during my process is, like, lift me up and say, like, ‘You are fully able to be in this moment, and be who you are in this moment and rise above any criticism and also own any compliments and just stay who you are.'”

The most telling piece of advice that Ben gave Matt was to avoid controversy. He added: “One of my [pieces of advice] to Matt was just, like, make sure you think through your reaction. “I would say the best way to do that would be to not dive into it. He knows who’s rising above the drama. He knows what he wants in a partner. Does he want a partner that brings a little drama to the table?

“Does he want a partner that kind of sparks the flame a little bit? Maybe he does. But if he doesn’t, then he’s gonna choose somebody that doesn’t enjoy that either and stay committed to those people, like, invest in those people.” And it seems the two get on really well, as Matt revealed how he connected with Ben prior to getting on the show. He told Us Weekly:

“I know he’s a really good dude who cared deeply about the process, knowing that women were going to come in and give up their time, and sometimes their jobs for this. I get to speak to most Bachelors before they go on. And with Matt, it really stood out to me just how incredible he was as a human.”

We will have to see how Matt does on the show. If you enjoyed reading this article, then check out our other features on the Daily Soap Dish. Please also visit TVRocker for all of the latest exciting news on all of your favourite daytime television soaps.