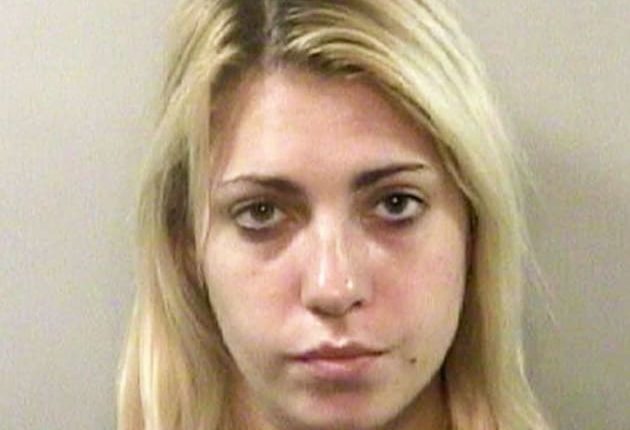 ‘The Bachelor’ spoilers have found that a 2012 mugshot has surfaced of a blonde Victoria Larson, aka Queen Victoria, aka reigning villain of season 25 of The Bachelor. 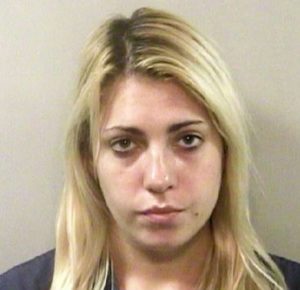 The police report obtained by Page Six tells that Larson was arrested on July 3, 2012 for shoplifting. She had in her possession more than 25 items, over $250 worth, stolen from a Tallahassee Publix grocery store. Many of the stolen goods were items of make-up.

Apparently Larson is about as good a thief as she is a Queen. She was caught in the act by both a security guard and the store’s surveillance cameras while using a self-checkout aisle. She paid for the items in her cart but not those hidden in a reusable shopping bag.

Denying the accusations at first, Larson was soon forced to confess when shown that her thievery had been caught on tape. Larson was arrested and taken to the county jail where she was charged with petty theft. She stayed behind bars for two days.

In August of 2012, Larson accepted a plea deal. She was given six months probation and ordered to attend theft awareness classes. She was also charged hundreds of dollars in fees.

So, what did her Royal Highness have to say for herself? While she hasn’t publicly addressed her past she did caption an Instagram photo of herself on Friday with “Every saint has a past & every sinner has a future. John 8: 7”

I’m not sure what one could say when it comes to stealing grocery store make-up. I mean, one would expect self-appointed royalty like Victoria to at least be busted casing her local Sephora store!

Watch Victoria continue to prove she’s a terrible human this Monday when the Bachelor airs at 8pm ET on ABC.

NBC ‘Days of Our Lives’ Spoilers: Kate vs. Gabi DiMera Rivalry Heats Up!