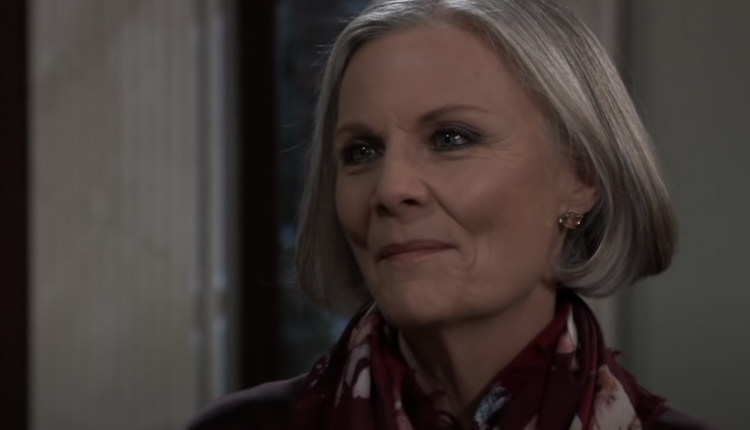 New ‘General Hospital’ Spoilers: Britt wakes up, Dante and Maxie bond, and is it game over for Tracy?

To start off, General Hospital spoilers reveal Elizabeth didn’t take a conversation with Sam McCall (Kelly Monaco) well. It’s obvious she’s cluing in to why Franco would be seeking out Jason Morgan (Steve Burton) Thursday, she wonders why Franco is so quick to throw that away. Will he actually admit what he did? And can Elizabeth talk him out of using Jason as an insurance policy? We’ll see.

Meanwhile, it looks like that conversation with Valentin Cassadine (James Patrick Stuart) and Martin Grey (Michael E. Knight) paid off. Alexis Davis (Nancy Lee Grahn) not only allowed Martin to represent her in the DWI case, but it looks like she’ll take an active role the situation.

In the promo, Alexis tells Hamilton Finn (Michael Easton) that’s exactly what she’s trying to find out. We’re curious to see how he might be able to help her prove her innocence. We also think there could be a confrontation between her and Tracy, because Alexis is accusatory January 21st.

In other General Hospital spoilers, we still have the situation with Liesl Orbrecht (Katleen Gati), Scott Baldwin (Kin Shriner) and the accidental murder. It looks like Anna Devane (Finola Hughes) might get involved in the situation. She tells Kevin Collins (Jon Lindstrom) she doesn’t believe that for a second.

Elsewhere, we can expect some bonding time for Maxie and Dante tomorrow. In the promo he asks Maxie what the big meeting was about. So, it sounds like they run into each other in town and he either overhears her talking about it, or she mentions a meeting while they talk.

However, this conversation will go from sharing news to an emotional conversation. Not hard to guess who they’re talking about and what they’re saying. They’ve both been hurting over Lulu Spencer’s (Emme Rylan) absence after the Floating Rib attack.

Also, Thursday will deal more with the Peter August (Wes Ramsey) situation. It seems he needs a favor from someone, and we think it might be Britt. This might not go as he hoped, however.

Jason will challenge Britt, “Are you going to see what you want to see, or are you going to see the truth?” Teasers say she’ll get a new perspective on her brother, so we guess he shares some interesting details that will hurt. She seems all about shaking the evil relative thing, as well as proving herself.

Finally, we wonder if Tracy is about to go down. In the promo, Ned Quartermaine (Wally Kurth) promises, “This ends now.” Given Olivia Falconeri (Lisa LoCicero) outright called her a liar Wednesday, he’ll probably find out about their fight and might decide it’s better to end this now.