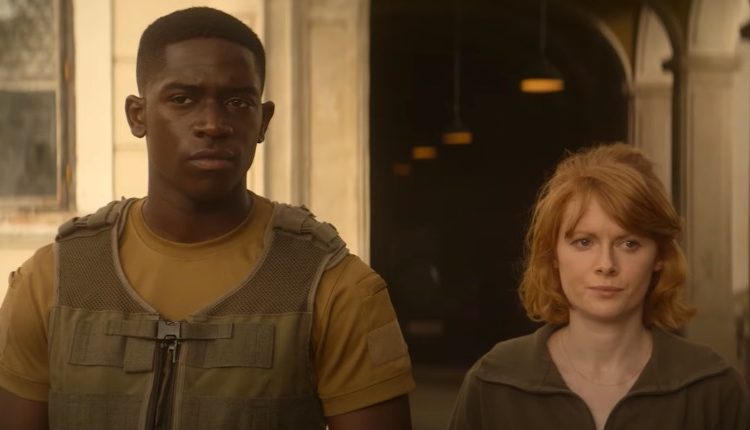 Netflix’s ‘Outside The Wire’ Details You May Have Missed! (Video)

Netflix’s ‘Outside the Wire’ is a fantastic action film that released on the video platform starring Anthony Mackie as an android soldier. It’s not just another action film, however, as it features some exciting sci-fi elements and blends in some small details that you may have missed.

Throughout the film, there are small hints that warn you of incoming danger, tells you more about Leo (Anthony Mackie), and showcases some of the deeper themes of war. You can watch the video below that outlines these small details and it may add another level to the film for you.

“Outside the Wire isn’t your typical sci-fi action film. Sure, it features a number of breathtaking fight scenes. And yeah, you’ll get to watch Anthony Mackie run around as a robot, kicking all sorts of butt. But Outside the Wire also has something to say about warfare, technology, and the intersection between the two, and it’s made with an attention to detail that makes the film’s stark and gritty near-future world feel all the more convincing.”

Netflix’s ‘Outside The Wire’ Details You May Have Missed! (Video)

Looking for the signs. What is the meaning of Gummy Bear? The crayon drawings of war and learning more about Leo from his books. Did you notice any (or all) of these when you watched the film? It takes it to a deeper level and shows that the producers and director of the film really wanted to convey deeper emotions in the film.

Anthony Mackie shines in the role and shows that he’ll be ready to take over Captain America’s shield in the Marvel Cinematic Universe! What did you think of the film and what was your favorite detail that they included? The crayon drawings are eerie and haunting to me.

What do you think? Did you enjoy ‘Outside the Wire’? Let us know in the comments below.

Netflix’s ‘The One’ Matches People With Their Perfect Partner Based…