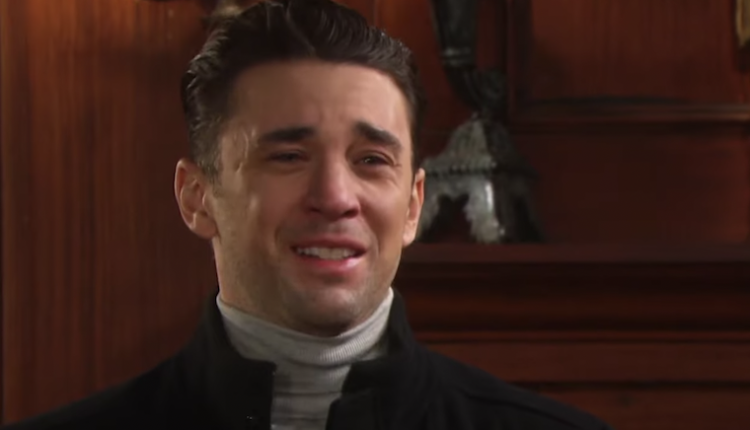 NBC ‘Days of Our Lives’ Spoilers: Kate Urges Chad to Come Clean; Abigail and Family Put the Pieces Together, Bonnie tells Justin she met a Woman with Twins

NBC ‘Days of Our Lives’ (DOOL) spoilers are looking forward to this episode as there’s plenty of espionage to keep things interesting. Not that it’s that hard in Salem. Things just… happen.

Chad DiMera (Billy Flynn) is dealing with the possibility of Gwen Rizczech (Emily O’Brien) telling Abigail Deveraux (Marci Miller) about their affair and he’s not doing well with it.

Into this mess steps Kate Roberts (Lauren Koslow) with the perfect advice that’ll limit the pain and suffering, but will Chad listen?

NBC ‘Days of Our Lives’ Spoilers For January 13: Tough decision

Chad’s not one to take advice, think, or talk to anyone otherwise most of his problems could be avoided, so we doubt he’ll listen to Kate here. But stranger things have happened.

She’ll tell him that it’d be best if he admits to Abigail what he and Gwen did, because if he doesn’t Gwen will be in control and Abigail will be less forgiving if he tries to hide it from her.

To be fair, no matter what he does he’s stuck and he’s earned every bit of grief coming his way.

NBC ‘Days of Our Lives’ Spoilers For January 13: Some more sleuthing

Meanwhile, Abigail, Jennifer Horton (Cady McClain), and Jack Deveraux (Mathew Ashford) are going to spend some quality family time trying to arrange what they know about Gwent together.

‘Days of Our Lives’ expect this to be a fun scene as they dig through the information and start to piece together what Gwen’s been up to, though who she is may take a little longer.

With half the mystery solved or in the process of being done, it may open up possibilities about her history, and that could be the break they need.

NBC ‘Days of Our Lives’ Spoilers For January 13: Missing set of twins

While this episode is full of serious storylines, this one involving Lani Price (Sal Stowers) and Eli Grant (Lamon Archey)’s missing twins is going to be the roughest we’ll see for a while.

Losing a child is every parent’s nightmare, but when it’s two (or a third as Lani’s previous one was still born), it’s beyond nightmarish.

Still, they’ll start to look for clues and put their detective minds to work on locating their children, so it should only be a matter of time.

At least this time, they won’t decide to let a suspicious looking person go to get some alone time. Yeah, we remember.

It’ll help them that Bonnie Lockhart (Judi Evans) will remember she saw a woman with twins the day before, and she’ll tell Justin Kiriakis (Wally Kurth) that.

We assume he’ll rush her description to Lani, Eli, and the others since this news should be on everyone’s tongues, and that’ll help tremendously.

‘Keeping Up With The Kardashian’ Spoilers: Kanye West Might Move To London After His Divorce From Kim Kardashian