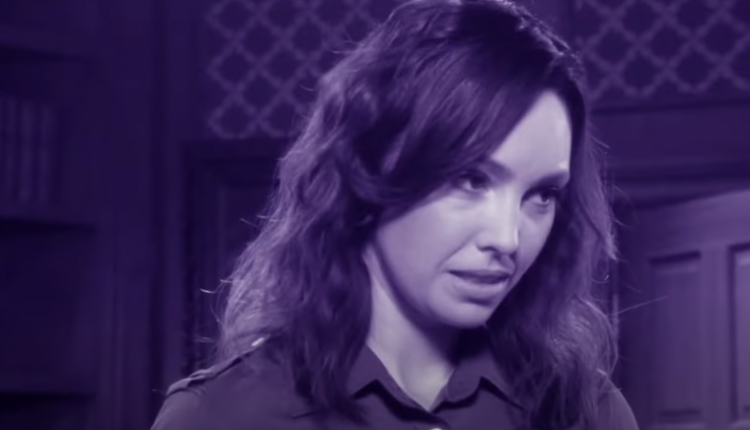 NBC ‘Days of Our Lives’ (DOOL) spoilers are all set for some more fun and games, and it looks like we’re going to have plenty to enjoy in this episode.

With the holidays behind us, it’s a good thing the good people of Salem are going to keep the gifts coming.

NBC ‘Days of Our Lives’ Spoilers For January 19: Two for the price of one

Well, Gwen Rizczech (Emily O’Brien) is as she’s just going to keep on giving to our hearts’ content.

First up, it looks like Chad Dimera (Billy Flynn) is going to have some explaining to do when Li Shin (Remington Hoffman) pays him a visit.

‘Days of Our Lives’ think he may run into Gwen at some point and she’ll fill him in on what happened, and he’ll confront Chad.

Granted, Chad will be honest and that’s where things will go wrong. It’s bad enough he was a world class idiot, but we doubt he’ll be at the controls of a billion dollar company after admitting the nanny tricked him.

And the hits will keep coming for Chad as Abigail Deveraux (Marci Miller) will finally leave him.

This is going to be a heartbreaking scene as she’ll cite it’s not about love but trust, which will lay the blame squarely where it belongs — at Chad’s feet.

Chad will do his best to convince her to stay, but it looks like his idiocy has finally pushed her too far.

Chad’s going to have to work hard to turn things around, but will he manage or is his new clarity coming too late?

It has been too long since Gabi DiMera (Camilla Banus) has graced the streets of Salem, but it’s going to be a fitting return when she pops in to surprise Jake Lambert (Brandon Barish).

This is going to be a fun scene as Jake has theoretically moved on while she’s been gone, but Gabi has never been one to let someone take what was hers and we don’t expect it to start now.

This will definitely be a scene where we need some popcorn, especially after the last time she walked in on Jake and Kate Roberts (Lauren Koslow).

Maybe this time steam won’t be coming out of Gabi’s ears when she visits Jake?

Will Chad manage to salvage his marriage and/or job? Let us know in the comments below and check back with NBC “Days of Our Lives” Spoilers for the latest updates, spoilers, and speculation around.