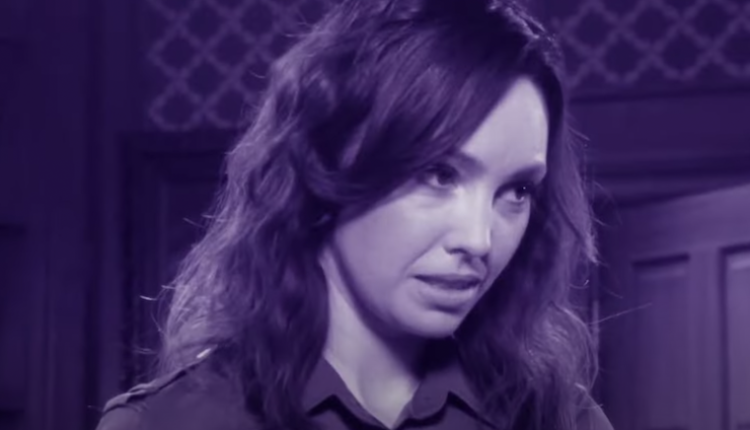 NBC ‘Days of Our Lives’ Spoilers: Gwen Explains Herself to Jack and Jennifer; Chad Shares What He Knows; Kate Discovers Jake and Gabi; Allie Seeks Advice from Ben

NBC ‘Days of Our Lives’ (DOOL) spoilers For January 22 looks like we’re ending the week of a fun note as secrets spill everywhere and the show is going to enjoy this.

So much is going to come out that we expect this episode to have to be watched a couple of times to take it all in, but that’s the fun of it.

NBC ‘Days of Our Lives’ Spoilers For January 22: Daddy, dearest

Of course, we think this will leave Jennifer Horton (Cady McClain) out in the cold as she’ll try to figure out what Gwen’s talking about and who her mother is.

But Gwen won’t hesitate to elaborate and share her family history, which will probably include her and her mom being cast aside and ignored by Jack, albeit possibly unknowingly on his part.

While this lid is being blown off, Chad DiMera (Billy Flynn) will be sharing the same information with Abigail, since Dr. Wilhelm Rolf (William Utay) shared it with him.

Oddly enough, poor Chad will think he just made a breakthrough when he’s still playing catchup. But maybe this is what’ll save his marriage?

NBC ‘Days of Our Lives’ Spoilers For January 22: Kate walks in

There’s a certain theme with these shows where people constantly walk in on each other at inappropriate times, and now it’s Kate Roberts (Lauren Koslow)’s turn.

It’s an interesting turnabout given the last time Gabi DiMera (Camilla Banus) was in town she walked in on a similar situation with Kate and Jake Lambert (Brandon Barish).

Only this time there’s more clothing involved, but Jake doesn’t seem to be fighting Gabi off him either so this is going to be interesting when Kate and Gabi go head to head.

We almost fee sorry for Jake. Note the almost part.

NBC ‘Days of Our Lives’ Spoilers For January 22: Seeking advice

With everything Allie Horton (Lindsay Arnold) has been through, it’s no surprise she’s going to seek out help to deal with things, but the helper may be a surprise.

Ben Weston (Robert Scott Wilson) knows a thing or two about being lost and frustrated, so when Allie approaches him and he learn she’s looking for help he’ll do what he can.

The biggest thing he’ll do besides being there for Allie is mention trying hypnosis.

This is something we’ve been waiting for someone to mention to Allie before they got around it a few days ago.

Better late than never, and we’re looking forward to watching how this one unfolds.