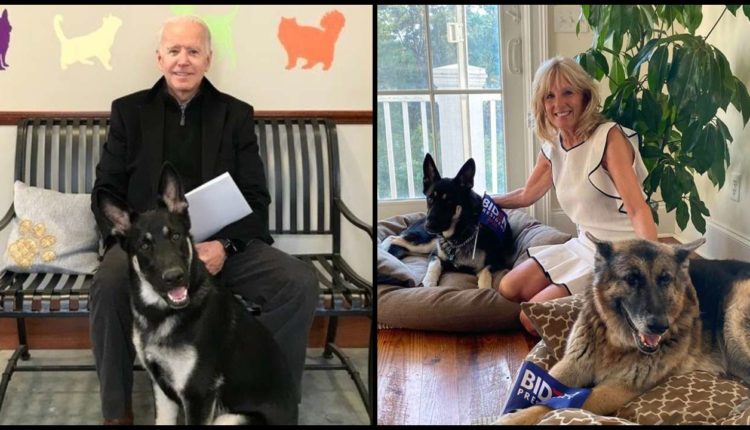 Joe Biden has welcomed another arrival into The White House, but this time it is not a government official. The President and Dr Jill Biden have announced that they are welcoming two new pets into their family: the puppies, Major and Champ.

Joe initially arrived into the White House with his two German shepherds. In the picture below, both the President and Jill are clearly a fan of dogs. And in true presidential style, the news had to be announced globally. Michael LaRosa, who is the press secretary to the first lady, broke the story.

When speaking to CNN, he said: “The first family wanted to get settled before bringing the dogs down to Washington from Delaware. Champ is enjoying his new dog bed by the fireplace, and Major loved running around on the South Lawn.”And the announcement was more than just symbolic. In fact, it highlighted the great work that the President has done with animals and continues to do so, alongside other noteworthy organisations.

The Delaware Humane Association had recently undertaken a fundraiser in order to mark the first shelter dog who would live in the White House. They managed to raise a whopping $200,000. Naturally, Major and Champ’s arrival was a signal to all the hard work they had done. Patrick Carrol, who is chief executive of the Delaware Humane Association, went on to say: “It means everything to us because it shines a light on the work we do. It shows that shelters are a wonderful place.

But for all the achievements of the organisation, the arrival of Joe’s pets was also significant for another reason. Why so, you may ask? The reason: Donald Trump. However, before the obvious questions as to what the links are, the answer is that the previous President did not bring any pets to the White House.

Added to that, Donald was the first President who had not lived with a pet in The White House for over 100 years. When speaking to his supporters at a campaign rally in Texas, Donald answered the question of pets. He said: “I wouldn’t mind having one, honestly, but I don’t have any time. “How would I look walking a dog on the White House lawn?”

But with Joe now in office, it is not something that Donald has to worry about. If you enjoyed reading this article, then check out our other features on the Daily Soap Dish. Please also visit TVRocker for all of the latest exciting news on all of your favourite daytime television soaps.