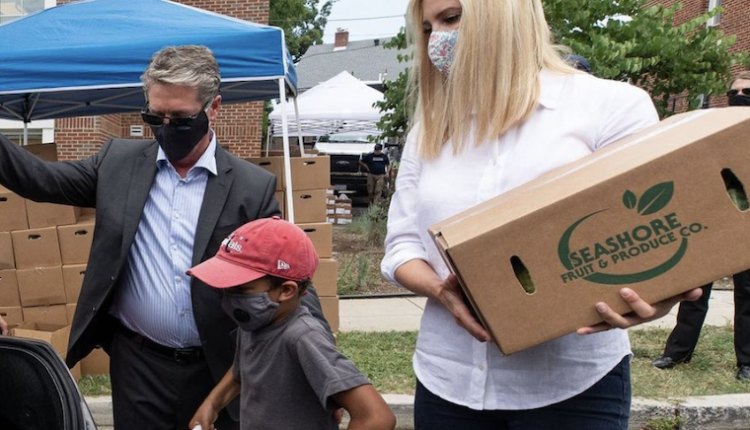 It’s the last day of outgoing President Donald Trump’s Inauguration and it seems like his daughter Ivanka Trump just can’t catch any slack. Many critics slammed the First Daughter after she wrote an Instagram post about bringing the nation together despite the fact that she called the people who stormed the Capitol ‘Patriots’ in one of the most deadly and violent riots that nation’s capital has ever seen. Here’s what you need to know.

Ivanka didn’t share a photo but just a message for her fans and followers on Instagram. “I hope and believe that America can move forward in a positive way, acknowledge our differences and find common ground — that is how we will remain the greatest nation,” she wrote.

Of course, it didn’t take very long for Twitter to do what it does best and remind Ivanka of her privilege and the position of power she held to for the last four years. And this is all because she was deemed Donald Trump’s favorite daughter.

Many critics mocked Ivanka’s Instagram post by writing their own versions. Some comments included, “Dear Diary, it has been an honor to be the recipient of the world’s longest bring-your-daughter-to-work-day. It was fun riding the planes, governmenting, whatever that is, and helping dad release his Trump Care health plan (which killed 400,000).”

Another critic wrote, “It’s not been quite the honor of a lifetime I’d hoped it would be when I pretended to serve as advisor to the President. I came to Washington to fight for self-aggrandizement. Daddy ruined that. I leave feeling I’m done.”

Now, as far as what’s in store for Ivanka next remains to be seen. Additional reports have said that Ivanka and her husband Jared Kushner plan on renting a condo in Miami.

‘Welcome to Plathville’ Spoilers: The neck that turns the head